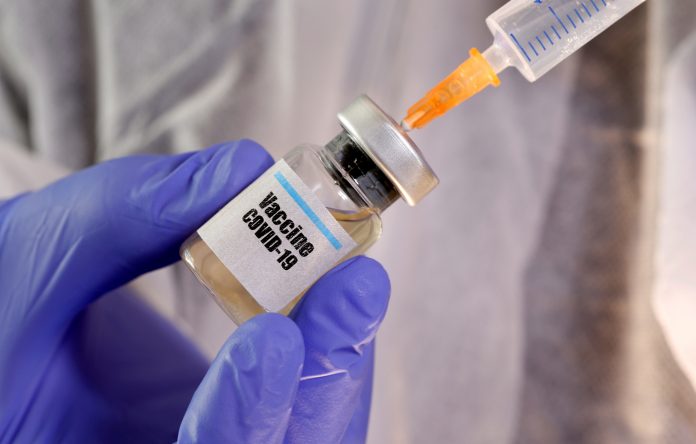 A new pharmacist-led Covid-19 vaccination site is to open in a Derby suburb after a push from locals and politicians.

The site would be operated by the team at Wilsons Pharmacy from its branch at the Sinfin District Centre.

This was to prevent more deprived residents and particularly those without cars having to pay out for taxis and bus fares to the mass vaccination centre at Derby Arena, along with the added health risks linked with public transport.

The Sinfin site will open its doors to patients who have booked through the national booking system from Sunday, March 21.

It is receiving 400 vaccine doses on Friday and a further 400 on Tuesday, with an aim to vaccinate 1,000 residents per week.

The Sinfin site will be the third pharmacy-led site in Derby, alongside Ikhlas Community Centre in Normanton, operated by Pear Tree Pharmacy, and St John’s Methodist Church in Allestree, run by Allestree Pharmacy.

Andrea Smith, superintendent pharmacist for Wilsons – which runs six Derbyshire pharmacies  – has worked for the firm for 20 years and told the Local Democracy Reporting Service of her excitement.

The 49-year-old from Risley said: “We are very excited and a little bit exhausted.

“NHS England opened up for expressions of interest and we have been very lucky to have been included – we are really excited to be involved.”

Pharmacy staff and volunteers will run the site, including marshalling patients.

Smith said: “I believe there have been issues in the community as far as people accessing the current services available so hopefully people will find this easier and another option for people to access locally.

“We are hoping for a really good response from the community and I don’t see why we shouldn’t.

“We are hoping we are more accessible for local people and it is an area that has been identified as a more high priority just from the fact that they have not quite achieved the number of vaccinations that they were hoping for. There are some populations locally that are perhaps more difficult to get engaged in the process.”

Heather Wheeler, South Derbyshire MP, who helped campaign for the site to be set up, after being approached by locals, said: “I have been contacted by people in Stenson Fields who felt that it was unacceptable to have to get a number of buses to access the inoculation centre at Derby Arena so working with them and Wilsons Pharmacy a bid was put into to the NHS and using the Sinfin community centre Wilsons will be running a site that can be booked on the national booking system.”

Wheeler welcomed the news that the site would be opened as a result of the campaign: “This is great news, especially as it is so local, most folk can walk to it, being on the nationally bookable site means that as we ramp up the numbers getting their Covid jabs as we cascade down the age groups it is even more important that this local site goes live.

“I encourage everyone locally to book themselves in there and congratulate everyone involved in making this happen.

“People trust their local pharmacies and I am delighted that Wilsons are the second pharmacy site that South Derbyshire residents can choose to use.”

Bookings for the Wilsons Pharmacy site in Sinfin are only available through the national booking service online and on the phone.