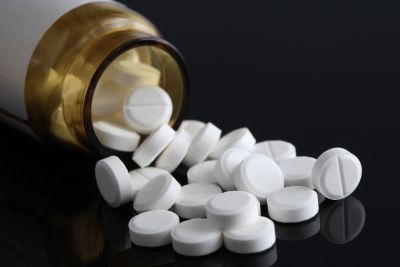 Antibiotics are being prescribed at an increasing rate in England despite continuing warnings they are becoming less effective as antimicrobial resistance continues to gather pace.
The growing use of antibiotics was revealed in a report by Public Health England which highlighted that combined antibiotic prescribing of GPs and hospitals increased by 6%, from 25.9 to 27.4 daily doses per 1,000 people, between 2010 and 2013.
Antibiotic resistance was also laid bare by the report which revealed a 12% increase in the number of bloodstream infections caused by E.coli, "with varying levels of resistance to key antibiotics for this infection of between 10-19%."
GP prescribing increased by 4% during that period while prescribing to hospital inpatients and by other health professionals such as dentists and non-GPs rose by 12% and 32% respectively.
"This latter area is of concern and needs to be further examined," noted PHE's report, English Surveillance Programme for Antimicrobial Utilisation and Resistance.
Areas with higher rates of antibiotic prescribing produced higher levels of antimicrobial resistance, although the report found differing levels of prescribing in the north and south of the country. Durham, Darlington and Tees had a 40% higher GP prescribing rate than London.
"The aim now must be to reduce levels of prescribing back to that seen in 2010. There are already a number of different activities going ahead to support this including the development of quality measures for prescribing," said Dr Susan Hopkins, a healthcare epidemiologist at PHE and leading author of the report.
"This will enable local clinical commissioning groups to monitor the prescribing of hospitals and surgeries in their area and see how they compare against a benchmark. They will also be responsible for taking action against inappropriate prescribing in their area."
Royal Pharmaceutical Society spokesperson Dr Kieran Hand, consultant pharmacist anti-infectives at University Hospital Southampton NHS Foundation Trust, said: "This analysis of GP and hospital prescribing and resistance data is a very positive step in understanding where improvements need to be made to tackle antimicrobial resistance.
"Specialist pharmacists in hospitals and pharmacist prescribing advisors in primary care have been successful in promoting a switch in choice of antibiotics away from cephalosporins and fluoroquinolones and this has coincided with a significant reduction in Clostridium difficile infections and a plateau in resistance to these drugs in common pathogens.
"We now need to move on to the much more challenging task of reducing inappropriate initiation of antibiotics in the absence of evidence of infection and to reducing course length.
"In particular, a focus on review of antibiotic prescriptions in hospitals at 48-72 hours will be critical to reducing unnecessarily prolonged courses. There is more scope for reducing unnecessary prescribing in primary care, where over 60% of patients with upper respiratory tract infection receive antibiotics.
"There is an important role for prescribing advisor pharmacists in CCGs to be trained to deliver educational messages to GP practices on how to safely reduce prescribing and to support GPs with benchmarking of prescribing data."

Contractors can claim £1,630 payment, as first part of new PQS is announced

You’ve done your duty, stepped up to the plate: Matt Hancock...

More than 70 workers test positive for Covid-19 on an English...

Biocon secures approval for its drug to be used on Covid-19...