Prototypes of a coronavirus antibody test which could be a game-changer in the fight against the pandemic are being assessed and are ready to be optimised, the developer of the technology said on Thursday (26).

Antibody tests are designed to establish whether people have previously been infected, as opposed to antigen tests which show if someone actually has the Covid-19 disease caused by the virus.

Health technology firm Mologic said assessment and validation of its Covid-19 diagnostic test had begun this week at the Liverpool School of Tropical Medicine and St Georges hospital, and that global partners would also examine the prototypes.

“Completion of the first prototypes is a significant step in Mologic’s development of a rapid diagnostic test for COVID-19 and we are proud of our team’s achievement in reaching this point so quickly, while maintaining the most rigorous standards,” said Paul Davis, Co-Founder and Chief Scientific Officer at Mologic.

“Diagnostics are a critical weapon in the fight against this pandemic and, once ready, this test will enable affordable, more accurate and earlier diagnosis of infection, limiting the spread of the disease.”

Britain has bought 3.5 million antibody testing kits from different suppliers, and is currently making sure they work before distributing them.

A health official told lawmakers on Wednesday (25) that such test kits would be available within days to be sent to households, perhaps via Amazon, saying that an unnamed prototype was being validated in Oxford this week.

But the Chief Medical Officer Chris Whitty later dampened expectations that the tests would be available on the internet next week, saying that the only thing worse than no test was a bad test.

Asked why Britain bought 3.5 million tests which might not work, Prime Minister Boris Johnson’s spokesman said: “If we are able to find an antibody test which works that could be a game-changer.”

“For that reason you will understand that government is doing everything that it can to seek to find a test which works,” he added.

Mologic, which is based near Bedford, north of London, said that after assessment in Britain, the prototypes would be shipped to validation partners in China, the US, Malaysia, Spain, Brazil, and Senegal. 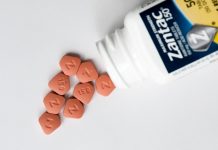