Home news Community pharmacies to be funded to spot signs of cancer and make... 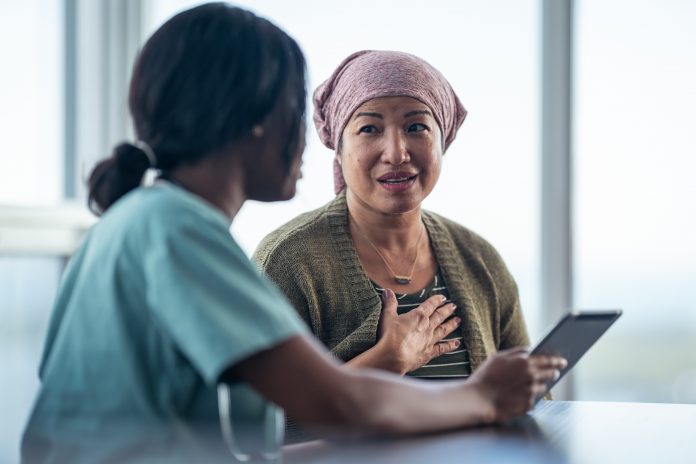 Community pharmacies in England could soon be allowed to make cancer referrals to hospitals under new plans to improve early detection of the disease.

An NHS pilot scheme, which starts later this year as a pilot in an undisclosed number of places of England, will see community pharmacy staff spotting signs of cancer in people who might not have noticed symptoms.

Pharmacy teams will be trained to spot red flags, such as patients with symptoms such as a cough that lasts for three weeks or more, difficulty swallowing or blood in their urine, and send them for scans and checks without needing to see a GP if they think it could be cancer.

Amanda Pritchard, the NHS chief executive, will unveil the plans at the NHS Confed Expo conference in Liverpool on Wednesday (June 15), and say: “These plans have the power to truly transform the way we find and treat cancer, and ultimately spare thousands of patients and their families from avoidable pain and loss.”

The plans include new “roaming liver trucks” — which will be parked near GP surgeries, in town centres and food banks — to encourage people most at risk of getting liver cancer to get “on the spot scans” for diagnosis.

This comes after the success of lung-scanner vans in supermarket car parks and football stadiums which have already resulted in more people having checks.

NHS England will also launch a new programme of genetic testing for mutations of the breast cancer gene among people of Jewish heritage, who are 10 times more likely to have them than the general population. This is expected to identify thousands more BRCA carriers over the next three years.

Health secretary Sajid Javid said: “Ensuring patients can access diagnosis and treatment easily in their communities and on high streets is a fundamental part of our 10-Year Cancer Plan.

“Harnessing ground-breaking innovations such as this will save lives and help us achieve our ambition of being the best place in Europe for cancer care.

“This will also build on the progress we are making to tackle the Covid backlog, already delivering over one million additional scans through over 90 new community diagnostic centres and halving the number of people on the longest waiting lists in the last four months”.

This will be the first time that community pharmacists and their teams would be allowed to make direct referrals to hospitals which have traditionally been done by a GP, nurse or dentist.

Dr Leyla Hannbeck, chief executive of the Association of Independent Multiple Pharmacies, said: “Around six million people are currently awaiting a cancer diagnosis which is expected  to hit 13 million across the coming years. The pandemic and those inevitable lockdowns of 2020 impacted referrals by a staggering 350,000 compared to 2019.

“Community pharmacy should be allowed to make these clinically appropriate two-week referrals — it is the sheer volume of people we see in community pharmacy at over a one million per week with its accessibility and convenience which make local pharmacies a natural choice for patients.

“Our ability to reduce time to diagnosis whilst alleviating the pressures on GP practice are the most compelling credentials for local pharmacies engagement.  It is essential that the service must be adequately resourced and funded. The stakes are far to high for this to fail.”

The scheme will be rolled out nationally if the trial is effective at improving early diagnosis rates — which is currently 54 per cent.

Little detail of service and remuneration

Kent-based community pharmacist Amish Patel welcomed the scheme. “It’s great that pharmacy is being considered and utilised for such services.”

However, he said as a community pharmacy contractor he had “little detail of the service and remuneration”.

He added: “Many pharmacies are already struggling with workforce and investing is difficult without appropriate funding.”

When contacted by Pharmacy Business for details on the scheme, an NHS England spokesperson said they could give no further details “for now”, meaning these were still being worked on, but pointed to the press release which said community pharmacy staff would “be funded to spot signs of cancer as part of a new drive to catch tumours early when they are easier to treat.”

Giving her reaction to the news, chair of the RPS English Board Thorrun Govind, said: “Pharmacists and their teams are well placed to raise awareness and help with the early detection of cancer.

“People with cancer often self-medicate during the early stages of the disease because they do not recognise their symptoms and have not yet sought advice from a health professional. Their local community pharmacy is often where they first buy medicines to treat their symptoms.

“Community pharmacists and their teams have a key role to play in raising awareness of symptoms of different cancers amongst customers and ultimately facilitating early diagnosis through formal referral pathways.”