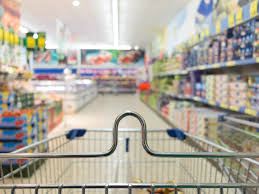 As a young man Raj Rohilla decided he wanted to do a degree that was vocational. “Like most Asian families they wanted me to do something science-based” he laughs. He wanted a career that involved both science and healthcare since “studying medicine takes too long it takes far too many years to become a qualified doctor.” Raj felt that it was “a long procedure to get where you want to go.” Finding medicine to be an unattractive career path he looked to pharmacy. “Pharmacy fitted both bills for me; it fitted the caring side and the science side. And I felt that I would also be reasonable at the business side of it.” Raj then went on to study a pharmacy degree in Brighton and completed his pre-registration with Boots.

He found that the course he did at Brighton proved to be incredibly useful to him both during his pre-registration year and throughout the rest of his career. “I was lucky because in the course I was doing at Brighton we did a module on dispensing which we had to pass for each of the three years we were there. It was quite unusual because not many universities had that.” This path of learning eased the transition from classroom to pharmacy because “we did a fair amount of dispensing all throughout the degree course so I didn’t find the transition that difficult.” Raj goes on to explain “the bigger transition was the actual counselling having to give advice to patients. You feel that the tiniest slip-up could have major implications.” He has found over the years that locum pharmacists who come from Brighton seem to do conduct good dispensing “and this is ultimately our bread and butter.”

Looking back to when he completed his pre-registration year in 1988 Raj speaks of how there were both pros and cons to the experience. “The pre-registration was good because I worked at a variety of stores and I was very lucky as I got to work in the big Brighton store for eight weeks.” He felt that those eight weeks were invaluable to him. “It was one of the top nine stores in the country and the manager was pretty special. I respected what he did there” he suggests.

Raj feels that pharmacy itself is a very “lonely” profession because “we are very insular in the way we work. Pharmacists are very competitive; they don’t want to give away business secrets you don’t share experiences with each other. And that’s the poorest bit about pharmacy.”

Soon after becoming superintendent of the family pharmacy he became actively involved in the Local Pharmacy Committee (LPC). “There are a lot of people who moan about pharmacy but not a lot of people get involved in it. In those days the younger pharmacists never got involved in it most of the LPC’s were made up of quite established pharmacists” he says. At one stage in his career Raj became the LPC chair for Kingston Richmond. The LPC negotiate on behalf of local pharmacists and because “they have worked with what were the health authorities but are now the primary care trust” they are responsible for negotiating things like payments of oxygen to rota services to the extra services that are done in the pharmacy. “Their role has increased now because we do a lot more extra services” Raj explains.

Raj believes pharmacists are not inclined to join because they are so busy. “It’s an incredibly long day. It’s not like working in an office where you have a few minutes off and you go and have a coffee. If a counter sale is made and it’s wrong I am the one responsible” he adds. The responsibilities he holds are incredibly large and important in the successful running of the pharmacy. “We’re constantly on our guard for nine-and-a-half hours a day and after doing nine-and-a-half hours no-one wants to go to an evening meeting.People have family lives as well. When you get involved in pharmacy politics it effects both your family life and your business and that’s why other people don’t want to get involved.”

Reflecting on the differences between life as a pharmacist when he graduated and now after 21 years of experience Raj describes pharmacy’s progression in terms of legalities. “I have to show four different inspectors what I’m doing and there are 18 different inspections that you could be subjected to” he admits.

He came to Battersea pharmacy in September 2008 and over the years he has been superintendent of five to 10 different family pharmacies. Battersea pharmacy Raj explains “didn’t fit their business model they were holding the same sort of products that they do in all their other pharmacies and it wasn’t fitting here they weren’t maximising its potential.” Yet with a keen eye for business Raj and his team realised that there was potential to reach great heights in this pharmacy. “We held two focus groups with the mums and babies as there is a big mum and baby population here. In one square mile it’s got the greatest concentration of mums and children under five in the whole of Europe” he maintains. After taking into account exactly what the community at Battersea needed Raj adjusted the pharmacy to suit the people using it. “We’ve got the widest selection of organic baby food and eco-friendly baby items; the other area they wanted was skin care. We concentrated on those two items and reduced all the normal things you see in a pharmacy because the pharmacy is quite small.”

This change in service completely transformed the face of Battersea pharmacy making it a huge success. “We’ve resurrected the minor ailments scheme and other advanced pharmacy services and they have been very well received. With that we’ve increased the sales during the week three-fold and on the Saturday we open it’s increased four-fold.”

Raj appreciates the freedom of an independent pharmacy and believes that the downfall of multiples is the rigidity of the pharmacy structure. “In terms of services and being able to change or adapt to the local environment only an independent pharmacy can do that. If I decide not to keep a particular service by tomorrow it will be done but with multiples you’d have to take it to your area manager then your regional manager then up to head office.”

The number one priority for Raj is providing the services that are required by the local people. Some of these services include minor ailments emergency hormonal contraception asthma service stop smoking help flu vaccinations cholesterol testing and much more.

He and his family bought a succession of pharmacies outgrowing them moving up to bigger ones and selling and buying more along the way to suit the needs in the community. His responsibilities involve guiding and monitoring the work of pharmacists caring for patients in the other pharmacies. With immense consideration and compassion for the people in the area the staff at Battersea pharmacy are truly experts in family health.