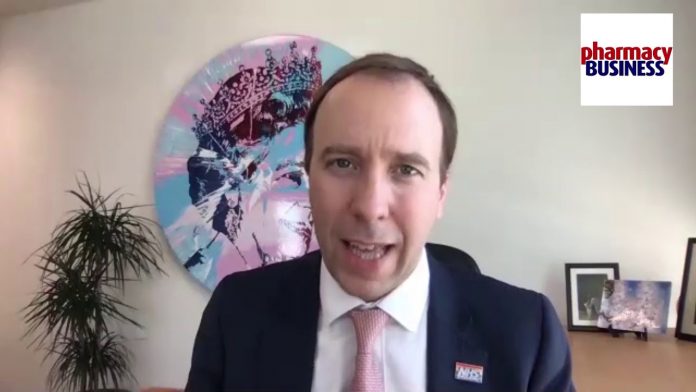 Health secretary Matt Hancock has acknowledged the vital role of pharmacists in the pandemic whilst pledging more support for the sector.

“There is a vast proportion of people working in pharmacies from BAME backgrounds. Pharmacy would fall over without these communities,” Hancock told Eastern Eye’s executive editor Shailesh Solanki in an exclusive interview on Tuesday (May 5).

He added: “We are going to put more and more support into pharmacy.”

After a number of independent pharmacists complained that they were paying tens of thousands of pounds to keep their businesses afloat during the pandemic, the government announced a £300 million “advance funding” to alleviate their immediate cashflow issues.

While the government announcement was categorical that the cash injection would be “reconciled at a later date,” just days later, the health secretary wrote off £13.4 billion in historical debts for the NHS to help it respond to the Covid-19 pandemic, rasing renewed hopes for pharmacists fighting the conronavirus pandemic from the frointline.

Asked if this ‘advance’ could be written off and if he was looking at additional funding for community pharmacy, Hancock said: “Unfortunately, as tempting as it is, the Chancellor of the Exchequer wouldn’t be very pleased if I did that on this call.

“But it is something that I’m working with the pharmacy sector on – how to make sure that pharmacies are sustainable in these really difficult times, and feel supported.

“I get the fact that if people aren’t buying things from the store, which are normally cross subsidised, some of the services that you are giving as part of the pharmacy offer.

“I get the fact that that leads to an extra pressure on the bottom line. It is something that I’m talking to the trade associations about and that we are working on.

“I am very alive to this and I’m alive to the fact that community pharmacies are sometimes the only stores open in some communities. Especially where a GP or a walk-in centre isn’t open during the crisis.

“They work to the absolute top of their qualifications and there is a bigger role beyond this crisis for community pharmacy.

“If anything, my instinct is to support pharmacies and community pharmacies have been really borne out and my determination to drive that forward has been redoubled and we’ve got to support pharmacy through so there is a strong pharmacy sector coming out of this, ready to serve the nation.”

Reiterating that pharmacy cutbacks did not “happen on my watch,” he noted that his enthusiasm for the sector led him into making it “a big part” of his priority as health secretary.