Home features GENERAL ELECTION 2019 – Party manifestos: what they are saying about pharmacy?

As the race for Downing Street drew closer, Conservatives, Labour and Liberal Democrats made their election pledges half-way through the campaign for the pre-Christmas polls on December 12.

While the Tories promised to recruit 6,000 more pharmacists, nurses and physiotherapists to work in GP surgeries by 2025, Labour pledged to scrap NHS prescription charges and the Lib Dems vowed to end the GP shortfall in five years by ensuring “appropriate use of nurses, physiotherapists and pharmacists.” 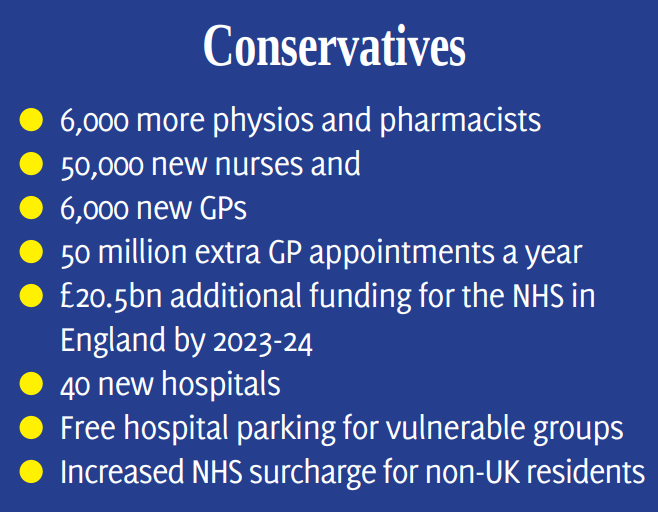 He called it “the biggest cash boost for the NHS for a generation” which would be worth an extra £34bn by the end of the next parliament.

The document said there would be 6,000 more doctors in GP surgeries and 6,000 more primary care staff such as physiotherapists and pharmacists. This will be on top of the 20,000 primary care professionals the party had already announced.

The Conservative manifesto also mentioned an “NHS Visa”. It said: “Our NHS People Plan will ensure that we train and employ tens of thousands more NHS professionals here in the UK. But we also want to make sure that those from overseas who want to work in and support our NHS are encouraged to do so. 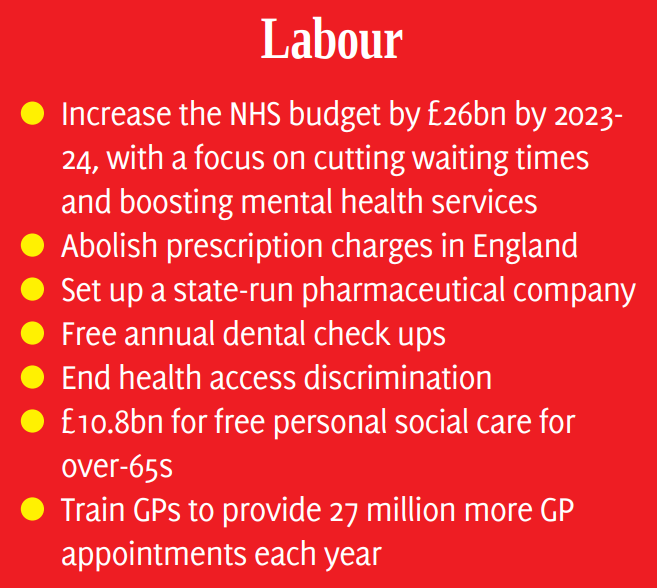 “We will expand GP training places to provide resources for 27 million more appointments each year and ensure community pharmacy is supported,” the document said, adding: “We will increase expenditure across the health sector by an average 4.3 per cent a year.”

The party underlined that their “urgent priority is to end NHS privatisation” and said they “will ensure NHS data is not exploited by international technology and pharmaceutical corporations.”

“We will establish a generic drug company. If fair prices are rejected for parented drugs we will use the Patents Act provisions, compulsory licensees and research exemptions to secure access to generic versions, and we will aim to increase the number of pharmaceutical jobs in the UK,” the party stated in the manifesto.

The party pledged to “abolish prescription charges in England” and “progress clinically appropriate prescription of medical cannabis.” Lib Dems Leader of the 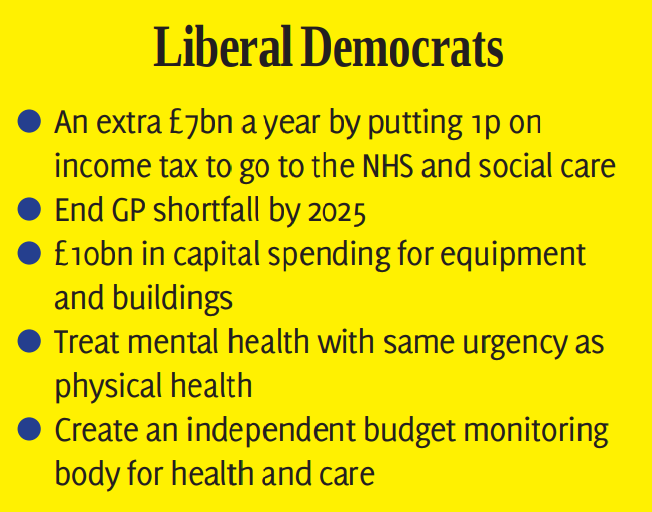 Jo Swinson promised to raise £7bn a year extra by putting a penny on income tax. This money will be spent on the NHS and social care – treating mental health with the same urgency as physical health.

Allowing free prescriptions for people with chronic mental health conditions, the Lib Dem manifesto pledges to “review the entire schedule of exemptions for prescription charges, which has not been fully updated since 1986 and contains many anomalies.”

It vows to end the GP shortfall by 2025 by both training more GPs and making greater appropriate use of pharmacists, nurses and physiotherapists, and also phone or video appointments.

The party would ensure a fair proportion of all public-funded health research for mental ill-health, including research into the different mental health needs of different communities in the UK such as BAME and LGBT+ people.

President of the RPS, Sandra Gidley, said: “We welcome pledges made by political parties to invest in the health service and the workforce to support the nation’s health… Community pharmacy can play a key role in prevention and public health and it is vital that these funding promises are met in reality.”

An NPA spokesperson said: “Together with PSNC and the RPS, we have called on all the political parties to recognise community pharmacy as a solution to many longstanding healthcare challenges… we jointly call on the next Government to invest in community pharmacy to unlock the sector’s huge potential.”

MHRA makes changes to how it issues drug alerts