Britain’s snap election next week was called to resolve the impasse over Brexit but much of the campaign has instead been dominated by explosive rows over healthcare.

The state-run National Health Service (NHS) provides free taxpayer-funded treatment for all. It is often criticised but fiercely defended.

For many voters, the debate over how to address its shortcomings is more important than less tangible issues such as Prime Minister Boris Johnson’s Brexit deal.

Naomi Fulop, from the Institute of Epidemiology and Health at University College London, said direct taxpayer ownership of the NHS, and interaction with it, gives the service a personal link which guarantees it as a perennial top election issue.

Mark Dayan, a policy analyst at the Nuffield Trust health think-tank, told AFP: “There’s a national feeling of protectiveness towards the NHS — and that has become anxiety as performance has slipped.”

Johnson’s centre-right Conservatives and the left-wing Labour main opposition are both promising big NHS spending boosts over the next five years if they win next Thursday.

“All the major parties are competing with each other to show how much they want to increase expenditure and address workforce issues that have been created over the last 10 years, rather than reorganising,” said Fulop.

“The disappointment is that none of the parties have a vision for health and social care in terms of how they’re going to be funded in the long term.”

The NHS was established in 1948 under a Labour government, promising free healthcare for all “from cradle to grave”.

Labour’s main election thrust has been to allege that Johnson and his free-market Conservatives are secretly plotting to sell off the NHS to Donald Trump and US pharmaceutical firms.

The Conservatives have dismissed Labour leader Jeremy Corbyn’s claim of a “toxic” post-Brexit deal with the US president as “conspiracy theory-fuelled nonsense”.

The governing party says the health service, the price it pays for drugs and the services it provides are “not on the table” in any future trade talks.

Trump also denies being interested. “If you handed it to us on a silver platter, we want nothing to do with it,” he said on Tuesday.

His denials have failed to convince protesters, who marched through central London waving placards reading: “Trump, hands off our NHS”.

“The level of debate, the honesty about the situation we’re in and how we might address it is at a pretty low and depressing level,” said Fulop.

The wider election issue of how Brexit might impact on NHS funding has been “drowned out”, she added.

The Conservatives have officially pledged to boost NHS funding by £34 billion ($44.5 billion, 40.2 billion euros) over the five-year parliament.

Labour is pledging to increase spending by 4.3 percent a year; free annual dental check-ups; £1.6 billion more on mental health services and £2 billion to improve mental health facilities, and a training bursary for nurses.

“We’ve seen the issue of NHS staffing climb up the agenda” in response to rising public concerns, said Dayan, from the Nuffield Trust.

“It used to be more just about throwing money about it. Now we see more discussion on the numbers of doctors and nurses.”

Overall, the Department of Health and Social Care’s total budget for the financial year 2019-2020 is estimated at around £134 billion.

Forbes magazine said in 2015 that the NHS had 1.7 million staff, making it the world’s fifth-biggest employer behind the US and Chinese armed forces, Walmart and McDonald’s.

But a recent study in the British Medical Journal found Britain lags behind nine other high-income countries on health spending, outcomes and how long doctors spend with patients.

The results found Britain spent the least per person on healthcare in 2017 ($3,825) compared with an average $5,700 for all other countries studied.

Spending, patient safety, and population health were all below average to average at best, the report found.

As for the workforce, Britain had among the highest proportion of foreign-trained doctors (28.6 percent) and nurses (15 percent).

Figures obtained by the Nuffield Trust on Wednesday showed that nearly a quarter of all UK hospital staff were born abroad, up from an eighth some 20 years ago.

“The concern we have is that after Brexit, EU migration — the last source for easy migration left — may be shut off by more restrictive immigration policies, because the need to recruit from abroad hasn’t gone away,” said Dayan. 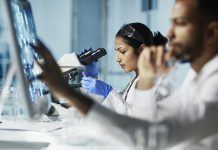 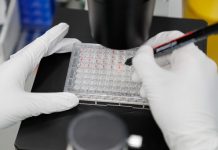