The GG2 Diversity Conference held in London on October 10 heard that one in every four people would experience mental health difficulties each year in the UK.

Delegates from a cross-section of industries, including pharma, attended the day-long debates and discussions around diversity, organised by the Asian Media Group – the publishers of Pharmacy Business magazine.

Leading a panel discussion, mental health advocate Poppy Jaman told the conference that mental health cost UK employers £30 to £40 billion per year and that it remained the leading cause of sickness absences at work.

Jaman advised employers to “socialise mental health in your workplace, skill up your workforce to address mental illness and sustain towards key goals.”

Speaking of his personal mental health experiences, HSBC’s Brian Heyworth told conference attendees that he suffered a nervous breakdown in his 40s. Thereafter, he spent time in a psychiatric ward in the Priory.

He admitted that he only sought help in his older years, although he had seen the signs – such as constant drinking and bad sleeping patterns – as a young man.

“I was a coward,” Heyworth said, “because I didn’t have the courage to ask for help until I was 40-years-old.”

Conference host and BBC presenter Clive Myrie told the audience they could look forward to a day which would focus on the conversation theme – Change the Ratio.

“We aim in these conferences to keep reiterating why diversity is important in the workplace- not just on moral grounds, but how it helps businesses grow,” he said.

“But if all that is understood, why is it still hard to ‘change the ratio’ in the workplace and in businesses, and increase diversity?”

“Britain is a far more tolerant society and we have much to celebrate in terms of our progress,” he said. “The open prejudice and discrimination experienced by my parent’s generation is no longer accepted.”

However, he addressed the lengths which we still have to go in terms of diversity across the business and the public sector.

Noting that diversity gives organisations a competitive advantage, Solanki said that environments need to be created where all people feel valued and accepted.

“We all have a responsibility to cultivate an inclusive environment that values diversity of thought and perspective,” he said.

Critically acclaimed author and journalist Matthew Syed spoke about how the power of diverse cognitive thinking was the key to competitive advantage for corporations.

His keynote speech addressed different types of diversity – significantly, the idea behind cognitive diversity when a collective group who have different styles of problem-solving can offer unique, varying perspectives.

“Merging models together is significant in encouraging different ways of thinking,” the thought leader claimed.

According to Syed, a diverse team can bring more to the team with statistics showing that they perform 15 per cent better.

He also noted that although we tend to attract like-minded people, we need to learn from everyone. It is important, Syed added, to listen to viewpoints that are different to the norm as this can ultimately reflect in the success of diversity and inclusion within organisations.

Salman Amin, the CEO of Pladis and a former executive at PepsiCo, told delegates that “without inclusion, there is no diversity”.

“Inclusion is the smartest way for businesses to thrive,” he said, adding that a shared vision and a common purpose is what drives teams forward.

Amin’s presentation focused on the conference’s Change the Ratio theme, as he offered crucial actions to ensure that businesses could build lasting change within their organisations.

Speaking of the values he learnt throughout his successful career, Amin said the most significant advice he ever received was to “bring your whole self to work”.

Amin, whose experiences spans over 30 years working for some of the world’s largest FMCG companies said: “The truth is that life isn’t about waiting for the storm to pass, it is learning to dance in the rain. Despite having two left feet, I have learned how to dance.”

According to data, the ethnicity pay gap stands a £3.2 billion per year in wages. He claimed the ethnic pay gap is less focused upon by businesses, with more tending to address the gender pay gap instead.

On actions that organisations can take to address the issue, Kandola advised that they collect ethnicity data and acknowledge that race bias does not have to be blatant. He also believes that businesses need to be more transparent in tackling the gap.

“Leaders need to set an example and be willing to address any race bias,” the academic added. 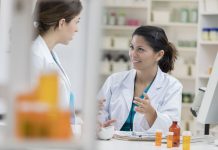