Home Uncategorized Is it worthy to become a pharmacist in 2022? 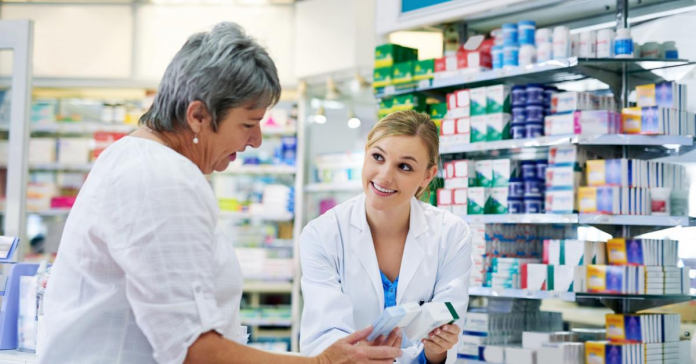 Firstly, who are pharmacists, and what are their typical work-related responsibilities? Their primary responsibilities include dispensing medical drugs and consulting patients about the correct use of medications. They can also conduct health and wellness screenings, provide immunizations, and oversee the medications given to patients. Pharmacists advise on a healthy lifestyle. A healthcare professional, or a doctor, usually provides a prescription to a patient, while a pharmacist ensures that a dose is accurate and suitable for them. What’s more, a pharmacist typically manages the pharmacy’s operations, supervises pharmacy techs, contacts insurance companies etc. So, there is a lot more than regular handing drugs to patients.

Speaking of educational background requirements, you must go to a PharmD program that typically lasts four years. This degree doesn’t come cheap. According to NerdWallet pharmacy school, students on average have to pay $180.000 as student debt. Since it is a lot of money, we highly recommend trying a pharmacy tech first. It helps you figure out whether this career fits you. It is worth mentioning that the barrier to entry is less challenging, and job requirements are not so high.

The most frequently asked question is rather usual – What kind of salary can pharmacists expect? According to the Bureau of Labor Statistics and Occupational Employment Statistics of the United States, the average base salary in 2021 was $125.000 across the US. For the comparison, pharmacists’ salary level is higher than psychologists’, biochemists’, or medical scientists’ income. The wage growth of such specialists has slowed down over the past couple of years, but still remains higher than the industry average. It is crucial to mention that the salaries differ dramatically worldwide. Moreover, they are usually lower than the ones in the United States. The US is leading in the pharma industry. Below, you can find several other world-leading countries in terms of salary aspect (converted to USD):

The first thing to understand is that the pharmacist workforce is pretty huge. Back to statistics, there are more than 310.000 employed pharmacists in the United States only. This number is almost ten times higher than a few biochemists or radiation therapists and three times higher than medical scientists or psychologists. However, the growth percentage becomes lower year by year.

This tendency may be easily explained by a significant pharmacist shortage on the job market, getting involved with the world’s leading governments. As a result, numerous pharmacy schools were created worldwide to address the shortage. Unfortunately, most governments did too much, and, as a result, not every graduating pharmacist might be given a job.

Last September ‘ the Bureau of Labor Statistics (or ‘BLS’) published a grim prediction for the pharmacy job market for the following years: a negative 3% to 2027 worldwide. This report has underpinned a criticism, which has been already voiced in the previous years within the pharmaceutical community. It is actually the first negative prediction for the pharmacy job market for the last decade. However, according to one of the biggest job search engines worldwide, Jooble, only in the United States 985 874 vacancies in the pharmacy and pharmacy-related industries were posted over the last two months (from the end of December till the end of January). This number makes it one of the highest-demanded jobs posted on the website. Currently, there are only 53 639 vacancies to fill. As we see, this industry is still booming and requiring more specialists.

There is another global trend in the pharmaceutical industry, supporting the statistics mentioned above: the rise of pharmacy techs. The most obvious reason for such a rise is labor price, as soon as it is so much cheaper to employ a pharmacy tech over a pharmacist. Moreover, these pharmacy techs get more and more functions and responsibilities today.

So, as you can see, there are both pros and cons of becoming a pharmacist in 2022. They still make a good amount of money, but the wage growth rate is slowing down. You should also give up four years of education and take on significant student debt. However, at the end of the relevant educational program, you will probably have a great chance to make good money and become a part of the well-established and respectful pharmaceutical corporations such as ‘Roche’, ‘GSK’, ‘Novartis’ and so on. If you already have relevant work experience in this industry, you may easily apply and find a job using well-known international job-seeking resources