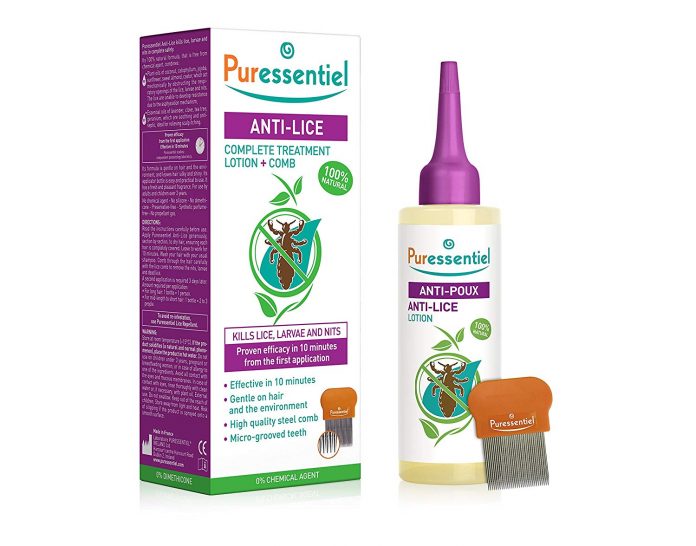 New research from Puressentiel reveals how head lice affects UK parents and children’s and the impact it has on their lives, at school and popular treatments

According to new research, 52% of parents admitted that their children get more stressed and anxious, while almost half of kids (47%) fear being bullied or teased, all thanks to head lice.  That’s according to a research just about to be published by Puressentiel, makers of evidence-based essential oils who polled 1,000 parents across the UK.

Twenty-one per cent of fearful parents worry about their children catching head lice from other children, which trumps fear of homework (20%) and not getting on with their teachers (20%).  And almost a third (31%) of children are said to feel embarrassed while a fifth noted that they would be ashamed if they got head lice.  Forty-one per cent of parents noted that head lice is worse now than when they were in school. In fact, six out of ten parents want to see the return of the nit nurse to provide regular head lice checks.

GP, Dr Gill Jenkins says; “Head lice is an extremely common and uncomfortable experience for children and parents so it’s no surprising so many parents have a fear and worry of their children contracting head lice due to the stress of their household catching head lice.

“Many parents find it challenging to eradicate head lice, and according to the Puressentiel poll six out of 10 parents said it took them three days or more, and 17% of parents saying it took them longer than a week to rid the parasites.  The NHS advises not to use a pesticide-based chemical treatment as a first port of call and states that permethrin, for example, is unlikely to work.”

Another popular way of getting rid of head lice amongst UK parents is wet combing (47% of mums and 35% of dads), but this can be quite laborious.  The whole head of hair needs to combed from roots to the ends with a special fine-toothed comb, shampoo and lots of conditioners, and needs to be done on days 1,5,9, and 13 to catch any newly hatched lice.

According to the Puressentiel research, almost a third (31%) do nothing to prevent their child from getting head lice.   Misconceptions about preventing head lice are very common. Almost a quarter of parents (24%) keep their children’s hair short and 22% braid their hair. Some parents even keep their children at home when there is a problem with head lice with children losing an average of 1.4 days (1.7 in London) of schooling each year due to head lice.

Medical Herbalist, clinician and adviser to Puressentiel, Dr Chris Etheridge says: “Many parents are still using the same treatments as they did when they were at school, and as time has moved on, so has the effectiveness of newer, more natural remedies for head lice.

“Puressentiel have two products which are clinically proven to treat lice within minutes without worry or side effects.  Containing natural ingredients, their Lice Repellent Spray and Anti-Lice Treatment Lotion with Comb, is an effective and convenient treatment for busy families. It contains no pesticides, no dimeticone, no silicone and no neurotoxic repellents. It eliminates lice, nits and larvae in 10 minutes, thanks to a combination of six vegetable oils and four essential oils.”

“This clinical study was conducted in collaboration with the International centre for Pharmaceutical Development (CIDP) based in Mauritius. The study involved 43 children aged three to 15 years, boys and girls, with head lice infestation. Puressentiel Anti-Lice Treatment Lotion was applied to the hair and left for 15 minutes with a second application after three days, but only if necessary. Following application, the hair was combed with the Puressentiel Comb.

“The Puressentiel Anti-Lice Treatment Lotion was compared with a currently used Canadian product (Kwellada-P conditioner). The Canadian product was applied according to product instructions – for 10 minutes then combed with the Kwellada-P Comb. A second application was used after 10 days if necessary.

“The children’s heads were examined for adult head lice, larvae and nits. A patient satisfaction survey was also conducted.

In a laboratory test conducted at the Pharmaceutical Sciences Faculty of the François Rabelais University, Tours, France, Puressentiel Lice Repellent Spray was gauged for its efficacy in repelling lice from a lock of hair – the so-called flight effect. Tests on 495 lice showed that the Lice Repellent Spray was effective at forcing the lice to move at least 6cm or more and had a repelling action for 24 hours. On this criteria the Puressentiel Lice Repellent Spray was more than 95% effective, i.e. efficacy between 95 and 100%. Forcing lice to move at least 6cm is considered important as this is the distance between two heads that above which it’s extremely unlikely to contract lice.

The Puressentiel Anti-Lice Treatment has been proven to eliminate lice, larvae and nits in just 10 minutes. It does this thanks to a combination of six vegetable oils and four essential oils. It is simply applied on dry hair and scalp and supplied comb removes nits, larvae and dead lice and a second application is recommended three days later.

In one laboratory test at the Parasitology-Mycology Laboratory in Avicenne University Hospital, France, Puressentiel Anti-Lice Lotion was evaluated to gauge its effectiveness in killing lice in Petri dishes. Eggs were collected by fine combing a subject’s hair and placing them on a Petri dish.

They were then examined microscopically and only viable eggs used for testing. A total of 119 eggs were evaluated; 48 were placed in 5ml of the Puressentiel Anti-Lice Lotion containing vegetable and essential oils whilst 71 eggs were placed in 5 ml of a solution devoid of essential and vegetable oils. Immersion was maintained for 10 minutes, and the liquid aspirated off using a pipette. The eggs were then washed twice with ordinary shampoo for 2 minutes, dried, incubated at 24 degrees C and examined under a microscope daily for 10 days.

The Anti-Lice Lotion was shown to be nearly 98% effective against lice eggs after 10 minutes compared with 75% for the comparator solution.

In a further laboratory study with the same solutions, a total of 289 live lice were divided into two groups and used to carry out four series of tests. A total of 144 lice were used to test the Anti-Lice Lotion and 145 to test the comparator solution.  The eggs were immersed for 5, 10, 15 or 60 minutes according to the test series.  Following washing and drying the eggs were maintained at room temperature and examined under a microscope 15, 30, 60 and 120 minutes after drying.

The Anti-Lice Lotion killed nearly 80% of lice regardless of contact time – 77.4% after five minutes or one hour, 77.8% after 10 minutes and 78.3% after 15 minutes. These figures were higher than for the comparator product used in this laboratory study which showed a mortality varying from just 0-6.3%.

These two studies demonstrate that the Anti-Lice Lotion has a high efficacy. It is comparable to or even higher than that recorded in the literature for other oil-based products. 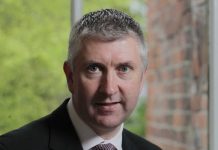 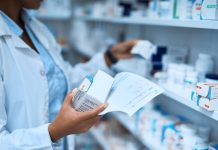