The NHS chief executive has announced that the life-extending injection ‘daratumumab’ for a fatal form of blood cancer will be available to around 350 patients per year in England.

The drug, called daratumumab, is a monoclonal antibody administered by a regular injection taking just five minutes and generally causes few side effects. It works by attaching to a protein on the cancer’s cells, signifying to the immune system to kill it.

NHS Chief Executive, Amanda Pritchard said: “This quick injection can have a real impact on the lives of patients and their families and so it is important news that it is now routinely available on the NHS.

“The drug will offer a ray of light to hundreds of people each year who have had limited success with other treatments for this devastating, advanced blood cancer.It is also the latest in a long list of cutting-edge, targeted cancer treatments that the NHS has secured routine access to through the Cancer Drugs Fund, making it good value for taxpayers too.

“The NHS has continued to prioritise cancer care throughout the pandemic and I urge anyone with concerns, to come forward and get checked”.

Health and Social Care Secretary Sajid Javid said: “It is great the NHS will begin routinely administering daratumumab to blood cancer patients – this life-extending drug is another example of an innovative treatment being rolled out on the NHS, marking a significant stride in our mission to make the country’s cancer care the best in Europe.

“The government is placing huge emphasis on research into the best possible care and treatment for cancer as part of the 10-Year Cancer Plan, as well as improving early diagnosis so treatment can be more effective”.

The NHS Long Term Plan is committed to providing the latest cutting-edge treatments and therapies for patients, and the Cancer Drugs Fund provides faster access to promising cancer treatments on the health service in England.

Around 5,000 people are diagnosed with multiple myeloma in the UK each year. It more frequently affects men, people aged over 60 and is twice as likely to be developed by Black or African ethnicities than White or Asian groups.

The NHS initially made daratumumab available through the Cancer Drugs Fund in 2018, allowing patients to access to new treatments while further data was collected on its clinical and cost effectiveness – supporting NICE in making a final recommendation around its routine use in the NHS.

Evidence to date shows that the drug is clinically effective at a price that is affordable for taxpayers, and this will continue to be evaluated to determine if it could be administered an earlier stage of a patient’s treatment. 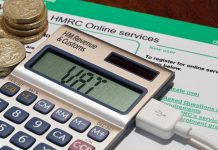