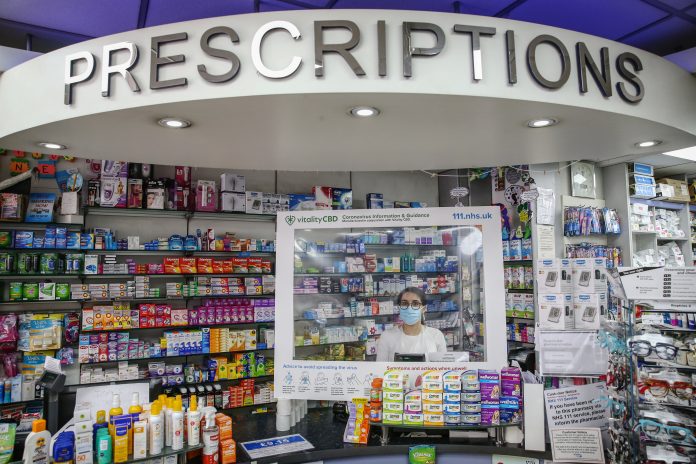 National pharmacy bodies say they would be disinclined to support an industrial action that could have a negative impact on patient care if community pharmacists were to take that route.

Responding to a news story today in The Guardian which said pharmacists in England were considering a strike action over Covid costs, the NPA said although it understood “the very strong feelings” behind such an idea, the association “would be reluctant to support any action that could impair patient care.”

“It’s a live conversation in some places. The fact that it’s talked about at all is a sign of how bad the situation has become (for community pharmacists),” the National Pharmacy Association told Pharmacy Business.

Dr Leyla Hannbeck from the Association of Independent Multiple Pharmacies (AIMp) gave a similar reaction. She said although she understood the frustrations of those who made such calls, one should refrain from taking such an action at “this time of national crisis”.

A senior contractor and pharmacy lead for Cheam and South Sutton PCN, Reena Barai said pharmacists would probably go on a strike if they could do so “without letting down their patients”.

The Guardian report on Wednesday (Feb 10) highlighted the frustrations of pharmacists over over the non-reimbursement of additional costs incurred in making their premises Covid-secure, in addition to providing a huge number of additional services, including mass pre-orders of medications and increased medication deliveries and frontline care, while experiencing a drop in footfall and demand for their other products during lockdowns.

The pharmacy negotiator, PSNC, has maintained that community pharmacy contractors must be fully compensated for the impact of the pandemic on their businesses.

It wants the £370m in advance payments received by pharmacies in 2020 to be written off against the costs incurred during the pandemic. Many of these costs are still ongoing and the proposal to get this money waived off has also been strongly supported by cross-party MPs on the All-Party Pharmacy Group.

However, according to The Guardian, chief secretary at the Treasury, Steve Barclay, “ruled out writing off the whole debt in recent meetings with pharmacy leaders.”

He did offer some extra cash to pharmacy but it “falls way short”, a pharmacy source told the paper, which further reported that the Treasury was said to have suggested the funding gap is met by the NHS.

“They are batting this back to the NHS, saying the onus is on them to fund any shortfall,” the source told The Guardian, adding: “The sector now feels like community pharmacies are in effect subsidising the NHS.”

Reacting to the news report, Simon Dukes, who leads PSNC’s discussions with the government, told Pharmacy Business today: “Many community pharmacy owners are worried about the future and have a growing sense of frustration about the lack of forthcoming financial support from the NHS and Government.

“PSNC members share this frustration: community pharmacies really could not have done anything more to help patients, their local communities and the NHS throughout this pandemic, and they need fairly reimbursing for that work.”

Andrew Lane, chair of the NPA, had urged the chancellor, Rish Sunak, to intervene in the budget way back in March last year, saying the industry did not want to stage walkouts but many members were facing closure due to unsustainable debts.

He told the Guardian that the financial situation of many community pharmacists was so “desperate” that it’s not surprising to hear some “people talking about some form of protest”.

“But no one wants to let their patients down, so strike action is the last thing any pharmacist would want to do. Instead, we need to continue to make the evidence-based case and appeal to the government to do the right thing by the nation’s heroic pharmacists and the patients they serve.”

Lane added the sector had not received any bailout cash because pharmacies had to continue to operate throughout the pandemic. “While other sectors get bailouts for being closed, community pharmacies are in debt because we’ve stayed open to save lives.” the paper quoted him as saying.

“People can live without pizzas but they can die without their pills and the healthcare we provide. With each hour we stay open to provide vital services, the more money leaks from our pockets and hastens the demise of this country’s long-cherished pharmacy network. When will ministers finally make good on their commitment to meet the additional costs associated with coronavirus?”

The report further stated: “High street pharmacies have found themselves on the frontline of primary care during the pandemic as many GP surgeries switched to telephone consultations. Larger pharmacies are operating as coronavirus vaccination hubs, though they must commit to offering 1,000 jabs a week, which many smaller providers cannot meet.

“The industry, which is said to be close to the chancellor’s heart as his mother was a community pharmacist, was offered £370m in government loans last year to help meet additional costs amid the pandemic. It now wants that debt to be waived.”

In his letter to Hancock, Ashworth wrote: “Now many (community pharmacies) are facing financial ruin thanks to Rishi Sunak’s attempts to claw back this extra support. Ministers should be doing everything they can to support pharmacies through the Covid crisis.”

He said mounting costs had been “directly incurred in the battle against Covid-19″ and that the need to repay the loan threatened the future of thousands of pharmacies.

Ashworth noted that GPs have had £197.5m in costs reimbursed across 6,800 practices despite not being physically open, and NHS dentists have received permanent payments for lost income as a result of coronavirus.

“They feel there is not a level playing field between different primary care providers, and that they are being penalised for their hard work and commitment,” he wrote in the letter. “They have pointed to considerable ‘buck-passing’ between NHS England, DHSC and the Treasury on where the decision lies to progress this or a similar solution.”

Industrial action will be controversial

Any move towards industrial action would be controversial, and one industry insider told the paper that they were doubtful all members would adhere.

“If pharmacists could go on strike without letting down their patients or risking their health they probably would,” said the pharmacy lead for Cheam and South Sutton PCN.

“My contractor colleagues have got to the lowest of lows in terms of their resilience and despite working and delivering at the highest level during this pandemic it feels like nothing they do to ‘prove their worth’ is making any difference.

“While every contractor totally gets their actual worth to patients and the wider NHS, the biggest frustration is that the worth is not recognised (and funded appropriately) by the powers that be.

Not picking a fight

Clarifying that “this was not about picking a fight with anyone,” Barai said, it was about “imploring for fairness to support a sector that has supported the NHS.”

She added: “I feel sorry for a healthcare system that loses its network of community pharmacies and hope that, before it’s too late, more is done to resurrect the sector both in terms of its morale and financial security. Don’t want that old phrase ‘you don’t know what you’ve got till it’s gone’ to become true!”

Luvjit Kandula, director of pharmacy transformation at Greater Manchester LPC, said: “The mental health and well-being of contractors, pharmacists and teams are not being addressed and it’s demoralising for them that despite all their efforts, they are not being thanked, acknowledged, recognised and respected by them or treated like they are part of the NHS.

“Financial investment is critical to the sector and covering existing costs is the minimum required to allow community pharmacy to continue to deliver the high quality of patient care that they deliver to local patients and communities and remain viable.”

Claire Anderson, chair of the RPS English Pharmacy Board, said: “It is vital that community pharmacy can continue to support patients during the ongoing pandemic. Ensuring service continuity over the past year has placed significant financial and human resource pressures on pharmacies and they must at least be recognised for their ongoing resilience and commitment to patient care.

“We are continuing to call for fairer community pharmacy funding in England and need the government to back our profession, so we can build on the great work we’ve done during the crisis and ensure there is no disruption whatsoever in serving the public.”

Dr Hannbeck added: “Whilst disappointed that the pharmacy network is consistently overlooked and that the sector does not get the recognition it so thoroughly deserves, our relationship with patients, however, has seldom been better or more appreciated, as shown by our recent campaign in the media about Covid vaccination service through pharmacy.

“There seems little sense in taking action against patients at this time of national crisis, although we understand the frustration of those who make such calls. Rather we believe that all of pharmacy should join together in demonstrating our value and continuing to press for a swift and fair settlement of this outstanding issue, something which we were led to believe from the outset would occur and promised to us by the health secretary and most recently the prime minister.”

Meanwhile, a Department of Health and Social Care spokesperson told Pharmacy Business that additional funding to meet extra costs incurred by pharmacies during the pandemic is being discussed with the PSNC.

“Community pharmacies make an important contribution to the NHS, and have gone above and beyond in response to Covid-19 to serve their communities, including in the vaccination programme.

“During this unprecedented pandemic, £370 million has been made available in advance payments to support pharmacies in maintaining medicine supplies and providing health advice. Additional funding for costs incurred during the pandemic, is being discussed with the sector.”

DH outlined that during the pandemic it has provided community pharmacy with non-monetary support such as the removal of some administrative tasks, flexibility in opening hours, support through the Pharmacy Quality Scheme for the response to Covid-19 and the delayed introduction of new services.