Medical professionals have slammed the “rampant discrimination” within the NHS as a new report showed that BAME representation at senior levels is declining.

Findings released last week by the NHS Confederation showed the number of ethnic minority chairs and non-executive directors of NHS trusts in England has almost halved from 15 per cent in 2010 to eight per cent in 2018.

This is despite initiatives being founded to drive diversity in the public health care system.

Now, NHS trusts and other NHS employers have been asked to create a five-year plan designed to increase BAME representation at all levels. As part of the NHS’s Interim People Plan, the workforce will be expected to set new targets to increase ethnic minority staff at leadership levels.

Dr Ramesh Mehta, the president of British Association of Physicians of Indian Origin (BAPIO), said although he appreciated the NHS had realised the importance of inclusion and equality, more needed to be done to challenge the “rampant discrimination” in the service.

“There is an obvious club culture of promoting ‘own’ in the group,” he told our sister publication Eastern Eye on Monday (June 10). “This is a great loss of talent to the community and patient care.”

He added: “We will continue to raise the issue until discrimination is eliminated”

Echoing similar sentiments, Dr Kailash Chand, the vice president of the British Medical Association (BMA), said the discriminatory treatment of BME staff had been a “long recognised stain on (the NHS’s) reputation”.

Recalling his own experiences in his 35-year-career, Dr Chand said he had witnessed the “devastating” effects of racism and discrimination on people’s lives.

“Unequal treatment, racism and barriers to career progression are serious issues not just for the individuals affected but for the equality, efficiency and quality of the NHS overall,” he told Eastern Eye on Monday.

Referring to data for the English National Health Service, which showed that in 2015 of the 1.22 million total staff, around 235,000 were non-British, Dr Chand noted the impact that ethnic minorities and foreign medical staff had had on the NHS.

“Without immigrant staff, the health service would come to a standstill,” he said. “So why aren’t BAME health professionals treated fairly?”

According to Dr Chand, the problem also exists in social care. The number of BME directors of adult services in England is four out of 150 while there are only five BME chief executives across more than 300 NHS organisations.

Within its recommendations, the NHS Confederation confirmed its intention to bring health and care leaders together to explore what could be done to address the declining numbers of chairs and non-executives from diverse backgrounds.

It also recommended that the chairs of NHS England and NHS Improvement should appoint a lead chair to work with the NHS Confederation to make recommendations to ministers for addressing the diversity deficit in NHS boards.

Dr Chand has also urged the Department of Health and Social Care to take an active lead in tackling racism and bullying within the system. The GP added that the CEO of the NHS, Simon Stevens, should continue to work with employers to eliminate discrimination from the services.

“A zero-tolerance approach needs to be enforced in order to tackle racism, discrimination and bullying,” Dr Chand stressed.

“We still hear from our members that they are not consulted on clinical decisions or are passed over for promotion, and the only explanation appears to be their race or gender,” she revealed.

Urging for the need to diversify the NHS’s boardrooms, Kinnair claimed it was a way to prove to NHS staff that inclusion and equality was being implemented.

“As long as minority voices are grossly underrepresented in senior management positions, NHS leaders will struggle to convince staff that, like the RCN, they deplore all forms of sexism and discrimination,” she said.

In response to the report, health secretary Matt Hancock said quick progress needed to be made to “set a gold standard of diversity within the workforce across all roles, at all levels”.

“I want absolutely everyone, no matter what their background is, to have the same opportunity to thrive in our NHS,” he said. 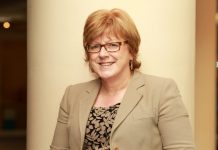 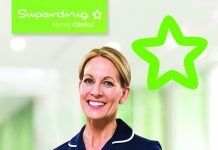 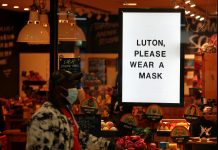 India’s Serum Institute set to produce up to 100 million Covid-19...