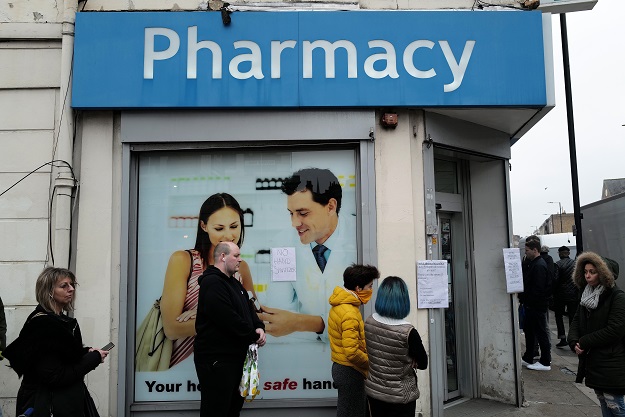 A national daily has said pharmacy needs government funding within weeks ‘to stay afloat’, as the sector works “flat out” to meet surging demand amid rising costs.

The Times on Tuesday (April 14) reported that the sector “would require extra money to cover exceptional costs, with some even being forced to hire security guards.”

Government officials were reportedly working with the sector to “assess and agree” funding.

The paper quoted Simon Dukes as saying that “some owners of community pharmacies had been forced to dip into personal savings to keep their businesses running” as pharmacy was heading towards a “cliff-edge” – something the Pharmaceutical Services Negotiating Committee CEO has expressed before.

According to the paper, PSNC worked over the Easter weekend to provide ministers with as much evidence as possible to explain why extra funding was required.

It quoted Dukes as saying: “The bills have got to be paid. We need it this month. We need it in April to help with an additional cashflow problem.”

Pharmacists have told the paper that “the sharp rise in demand for prescription medication has exacerbated an existing problem, with the NHS drugs tariff, which pharmacies receive for selling generic prescription drugs, in some cases being considerably lower than the prices they pay suppliers, raising the prospect of heavy losses.”

“There is a fundamental issue. We’ve been underfunded for years and will continue to be so,” Dukes told the paper, adding: “What Covid has done is just press the accelerator. We’re speeding now towards the cliff-edge.”