Minister of State at the Department of Health and Social Care, Edward Argar, said community pharmacy will always remain an integral part of the country’s healthcare system.

Addressing about 700-strong guests at the 19th Pharmacy Business Awards and Dinner last week (26 Sep) in London, the minister said: “Community Pharmacy has and always will be an integral and trusted part of our NHS, part of that family without whom our healthcare system simply wouldn’t work.”

Argar said the sector has “a vital role to play in reducing demand on the health system as a whole, moving care out of hospital and into the community.” 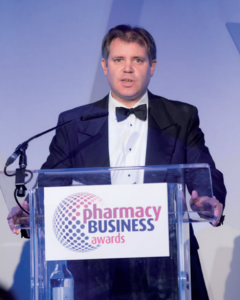 He lauded the five-year pharmacy deal as one that “sets out a clear direction of travel focusing on health priorities” and supporting integration of pharmacies into the heart of the healthcare system, which will allow community pharmacists to make the best use of their skills.

Executive Editor of Pharmacy Business, Shailesh Solanki, was of the view that the Community Pharmacy Contractual Framework would “fundamentally reshape” pharmacy as it moved from dispensing to a more clinical, services-based future.

He was pleased that new contract acknowledged “the importance of community pharmacy in delivering improved health outcomes” as it identified “urgent care, patient safety and prevention as key areas of focus.”

Whilst admitting that there was “a great deal to commend in the new contract,” Solanki said that the deal was a reduction in real terms; he calculated “a compound reduction of about 11 per cent over five years” if inflation were to stay at its present low figure of 2 per cent.

“By the end of this new deal, the value of the pharmacy contract will have reduced by nearly 30 per cent since 2015,” he said, adding: “The stark reality is that pharmacy finances are in a perilous state and many contractors are dipping into their own personal savings to simply ensure their businesses survive.

Therefore, he implored the Government to back its “new vision with adequate funding.”

Calling the NHS Community Pharmacy Consultation Service (CPCS) a potential “game changer”, Solanki said: “Over 20 million appointments in general practice do not require a GP consultation, so community pharmacy is ideally placed to triage, treat and signpost patients to other parts of the NHS.”

He felt CPCS, which launches on 29 October, could lead to “ground-breaking new services, including the prevention and early detection of cardiovascular disease and cancers, monitoring women taking oral contraception and testing for colds and flus will be piloted and if successful commissioned in pharmacy.”

The awards themselves were awash with accolades for community pharmacy.

Raj Modi, a pharmacy manager in Derbyshire, received a special recognition for his heroic act during the recent flooding in Whaley Bridge when he went above the line of duty to ensure that residents of the town didn’t go without their vital medication.

Rt Hon Sir Kevin Barron, MP for Rother Valley and a staunch champion of community pharmacy for many years was duly honoured with the Editor’s award. 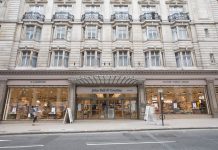 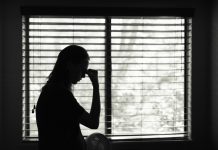