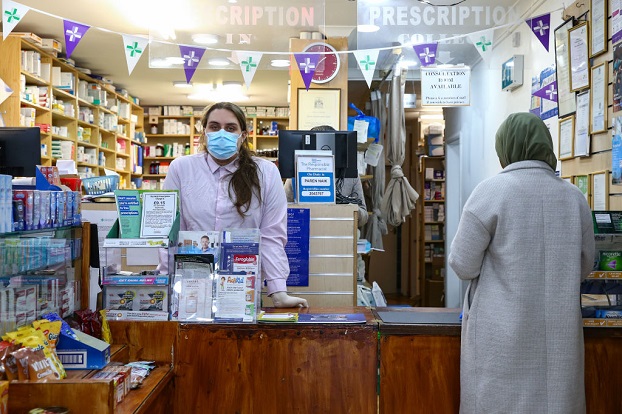 There have been calls for a rethink and urgent clarification from the government on a death in service scheme announced this week that stopped short of including families of community pharmacy staff as beneficiary.

Former pharmacy minister Alistair Burt felt a “rethink on this would be appropriate,” arguing that if a pharmacist contracted Covid-19 during the course of their work, they cannot be seen as “different to any other NHS staff.”

On Monday (27) Health Secretary Matt Hancock announced that families of NHS and social care workers who have died after contracting Covid-19 in the course of their duties would receive a £60,000 payout.

The Department of Health and Social Care said the scheme would cover those “who provide hands-on personal care for people who have contracted coronavirus or work in health or care settings where the virus is present.”

A spokesperson clarified that the payment was targeted at frontline workers because of the “heightened risks they are facing when working in environments where they are providing care to coronavirus patients and patients with suspected coronavirus.”

It is understood that pharmacists will be included only under “very exceptional circumstances,” meaning they are not “automatically included” despite being on the frontline in the nation’s fight against coronavirus.

The Pharmacists’ Defence Association wrote a letter on Monday in which it asked the Health Secretary to confirm that the arrangement he announced also applied to community pharmacists.

Meanwhile, the Royal Pharmaceutical Society has called for “urgent clarification from the Prime Minister and governments across Great Britain about the inclusion of pharmacy teams in their new death in service benefit.”

In a statement on Wednesday, it said: “We are deeply concerned about the applicability of these schemes to pharmacists and strongly believe that all health and care workers should be included.

“We’ve sought urgent clarification from the Welsh, Scottish and Westminster governments and have now been assured that in Wales community pharmacy teams will be included.

“However, we have yet to receive similar assurances from England and Scotland.

Sandra Gidley, RPS President, said: “It is truly shocking that governments would choose to exclude pharmacy teams from their death in service benefits at a time when they are going above and beyond to provide NHS services both in primary and secondary care.

“This news came with no prior engagement with the pharmacy profession and has been a bitter blow to the thousands of pharmacists putting themselves at risk every day when they care for patients.

“Now is the time for governments to step up and show their appreciation for the commitment these teams are demonstrating, and the NHS services they are providing. All pharmacists and their teams must be included immediately in the death in service benefits being provided to frontline staff.”

Chief Executive of the National Pharmacy Association, Mark Lyonette, said: “We have contacted Matt Hancock seeking further clarity on eligibility for the payment.

“Community pharmacists and other pharmacy staff are risking their lives every day to serve on the frontline, alongside their colleagues across the NHS and social care. It is only right and fair that they should also be entitled to the same death in service benefits.”

Meanwhile, the Welsh Health Minister, Vaughan Gething has said that community pharmacists will be included in the life assurance payout in Wales.

In a statement to the Welsh National Assembly on Wednesday, he said: “On Monday, I announced that families of NHS Wales and social care workers who die in service as a result of COVID-19 will be entitled to financial support with a payment of £60,000. That is in addition to any other existing pension arrangements.

“I know that our front-line workers are going above and beyond to care for vulnerable patients every day, and this scheme gives equal recognition to staff across health, social care and community pharmacy.”

Twitter since has been abuzz with a number of pharmacists and leaders expressing their dismay at the government decision.

It is very sad 2hear that community #pharmacy will not automatically be included in the new Government scheme 2 receive £60K for families of frontline workers who die from #COVID19. @AIMpharmacies has written to @NHSEngland today &they r on the case seeking urgent clarification https://t.co/lgEccBNgT5

Citing the recent deaths of pharmacists on the frontline, @DigitalPhamcist wrote: “This is a perverse decision and should be changed ASAP. We know of several colleagues of who have given their lives in service during.”

Surely community pharmacists are front line healthcare professionals who are in the same category as what you often term as heroes in this war (although no one signs up to be a hero, but expected to be one anyhow) especially when they are expected to stay open for the public? https://t.co/40O4NirJPE