A new YouGov poll has demonstrated an overwhelming support for the recent Food Standards Agency (FSA) guidance on CBD products.

The poll was commissioned by the Association for the Cannabinoid Industry (ACI).

Asked how much they supported or opposed the guidance – following an FSA review on the evidence of CBD products – 74 per cent returned a positive response, while only 8 per cent chose to oppose.

The poll also gave insight into CBD usage and awareness in the UK with over 70 per cent of
respondents saying they were aware of CBD products and 16 confirming to have already made purchases.

However, while only 29 per cent have expressed their confidence in CBD products, 45 per cent of the respondents are not confident that CBD products are labelled with the correct information and are properly tested by a regulatory authority.

Dr Andy Yates, ACI’s Pharmacy Lead commented: “This new poll demonstrates that the public have a clear view regarding regulation of CBD; they want more of it and the FSA can be assured that they have overwhelming support for the new measures they have introduced.”

Dr Parveen Bhatarah, ACI Regulatory Lead, said: “Recently the FSA has taken a positive step by providing regulatory clarity. This will lay the foundations of a legal and trustworthy CBD industry in the UK. The public is very aware of this and their positive reaction to guidance from the FSA reinforces the need for such leadership.” 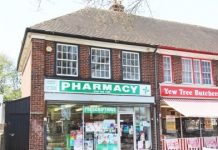 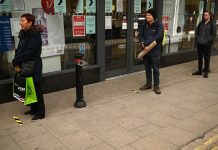 Pharmacies will get £300 to install ‘social distancing’ barriers; asked to order extra PPE from wholesalers

Pharmacies will get £300 to install ‘social distancing’ barriers; asked to...