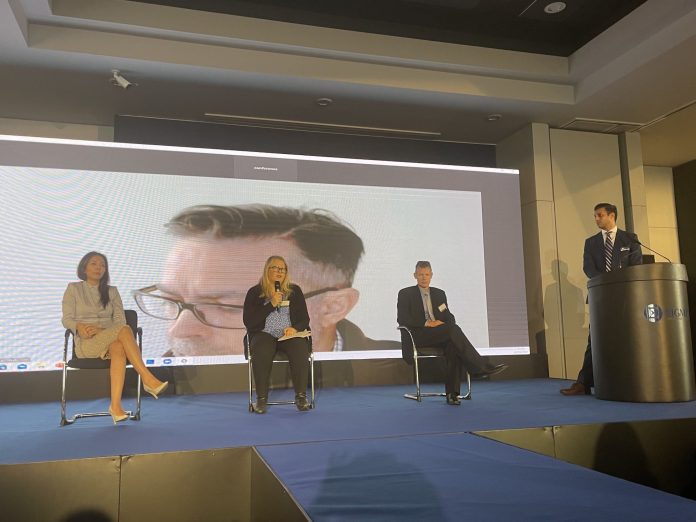 Leaders from across the pharmacy sector and trade bodies dwelled on the challenges faced by the pharmacists at the Sigma Conference held on Sunday (2 October).

“If the cost of carrying out regulation is higher than the benefits, it’s time for all the bodies to sit together and talk on what can be adjusted accordingly,” said Salim Jetha, Chairman, Avicenna.

Jetha highlighted the challenges faced by the independent pharmacy and also raised the concern about the ‘level playing field’ for pharmacists compared to GPs. He said: “GPs get paid for energy cost, premises cost, the staffing cost. We don’t get paid for that. So don’t be misled by saying we are being exactly the same. Yes, on paper we are, but in reality we are not. I think also the rules of engagement are different.”

He called for better collaboration with GPs, and urged PSNC and other trade bodies to ensure a level playing field.

Janet Morrison, CEO, Pharmaceutical Services Negotiating Committee(PSNC), warned that the pressure in the sector is building up to a ‘breaking point’.

“It’s being felt and of course in every part of our economy. But for us, it’s quite different because you cannot pass those additional costs you’re facing onto your customers. So you’re absorbing all of that additional pressure,” she said.

She also stressed that the government has to stop recruiting clinical pharmacists into primary care networks (PCN) and GPs, terming this as ‘shooting community pharmacies in the foot’.

“If you go to any GP, you don’t have to walk far to find a community pharmacy. So, you should be working with the community pharmacies that exist, not recruiting their staff away from them. So, they need to stop doing that,” she explained.

Morrison also shared the short-term and long-term goals of PSNC. She said: “We need to look at alternative models for the drug tariff and be thinking about different ways that the contractual framework to be structured.”

“We need to look at the models that can help LPCs and their contractors develop locally to get the best access to the emerging opportunities.”

Morrison also revealed that many of their committee members are now saying that they cannot provide the additional services as they don’t have the capacity to do so.

“The more we take our sales to the massive drug prices, the more we become hostage to changing drug prices. We’re going to get a look at global markets at the moment. Companies are going to be paying more for their drugs, not less. We have a wholly inadequate global sum,” he commented.

Lane opined that price concessions “failed to deliver a fair level of remuneration” for many contractors who were affected by market distortion caused by branded generics.

“We’re already seeing the consequences playing out on the concessions pricing as manufacturers no longer think UK market is viable for them. So many are not even competing in the UK,” he noted.

“The UK has the lowest cost of drugs already amongst the other countries. So, we’re pretty much of rock bottom pricing. UK company needs to recognise this is down to the last 20 years of you all doing your best to buy better prices.”

Lane also touched upon the concerning findings from a recent NPA-commissioned report, by Professor David Taylor of University College London and Professor Panos Kanavos from the London School of Economics and Political Science, about the state of finances of community pharmacy in England

“The truth is that in England, we’ve been choked by a contract that is unfit for purpose. After years of underfunding, it has failed our hardworking members up and down,” he said.

“Importantly, it’s not about choosing one path or another or separating supply of medicines from the delivery of Clinical Services. We’re not talking about separating supply and service. It’s about significantly expanding the clinical service. Wales and Scotland are starting to overcome many of their weaknesses.

“It seems that we need to change the way we operate, and come up with a system that works for us and the NHS.”

Mike Dent, director of pharmacy funding at PSNC,  spoke on the changes to the discount deduction scale.

“So, just determining the length and the nature of the transition was quite a challenging problem. But effectively over six quarters, we will get from the old system to the new one. PSNC is going to produce an extra bit of paper for you every month, which will articulate this calculation.”

Commenting on the discount deduction scheme, Dr. Leyla Hannbeck, CEO, AIMp, said it will be very difficult to calculate how contractors are going to be affected until one gets the October payments.

She also briefed the audience on the challenges with the ‘hub and spoke’ model.

“We all know that hub and spoke is a costly model. And not all members did ever have regular contact with me in terms of how much that is costing them. You just need to look at all the robotics that are involved in this as well as the element of cost. And it’s not just about the cost of robotics, it’s about training your staff, about maintaining the robotics and everything else also,” she said.

“Astronomical sums required to set up the system, lack of level playing field, patient safety issues are very concerning for independents when it comes to hub and spoke.”