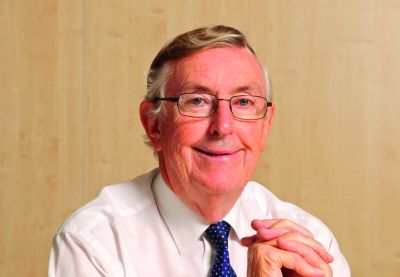 Bob Nicholls senses a change in pharmacists' attitudes towards their regulatory body since he came to the helm. The GPhC chairman talks to Neil Trainis…

Bob Nicholls leans back in his seat in his office at the headquarters of the General Pharmaceutical Council and fixes his eyes firmly on his interviewer. Suddenly a wry grin starts to form on his weathered features.

“When I first went to conferences as GPhC chairman they probably thought I had two heads and I was the devil in disguise and we were going to be nasty to all pharmacists,” the GPhC chairman says.


A date has been indelibly inscribed into a memory that has plenty of footage to keep the reminiscence reels turning. September 27 2010. The day the GPhC took over as the regulator of pharmacy and pharmacy premises.

Bob remembers it well because of the difficulties encountered during the initial handover of power from the previous regulator the RPSGB. And particularly because pharmacists did not greet the GPhC with open arms.


“I could opine,” he says with a chuckle, “because I go to conferences I meet pharmacists I'm on working groups. It has changed. There was great suspicion. You're used to something for years and years and its taken away from your professional body and given to someone new.”


Perceptions of the Council he says almost tongue-in-cheek have changed. He firmly believes pharmacists are growing used to having the GPhC as their regulator despite the problems the body has had to battle through such as registrant fees, the rolling register and backlog of fitness to practice cases inherited from the RPSGB.


“It would be dangerous for me to sum up (pharmacists' feelings),” Bob suggests grinning. “They have to pay their fee to be on the register. They complained last year when we put the fee up. They might be a bit happier because we're proposing a reduction. I think they are beginning to see that we are not hostile to pharmacists.”


It may have been that attitudes were steadily changing and suspicions were subsiding before Sultan 'Sid' Dajani tossed a hand grenade into proceedings.

During the Avicenna conference in Turkey last year the vice-chairman of the English Pharmacy Board told delegates that the GPhC is failing as regulator because it contains individuals in its hierarchy who lack an understanding of pharmacy. He would go on to tell Pharmacy Business that the body is continuously “disproportionate” in meting out discipline because those non-pharmacists do not understand why errors occur in pharmacies.

Taking a sip of water, Bob fixes his eyes on his questioner again. “I don't know (Dajani) very well. I know of him. I've seen him at conferences and meetings but I don't know him personally. He's RPS isn't he,” he says, before pleading ignorance like a football manager who denies reading a critical story on him in the newspapers.


Dajani's charge that pharmacy is being harmed by a GPhC lacking pharmacy-savvy people is greeted with disdain.

“We want to help the public maintain their trust and confidence in the profession. So I would challenge the notion that either our Council or certainly our staff aren't informed by pharmacy practice,” Bob retorts.

“We've got 50-50 non-pharmacists and registrants on the council which is common for all the regulators. I was on the General Medical Council when they had 75% doctors of 115. I don't know whether he thought that was better regulation.

"I have to say I thought it was very bureaucratic, lots of delays, got a very bad reputation and they're now down to 50-50 too and they're going to be smaller than they currently are.”

Bob insists that “it's a bit out of date” to expect effective professional regulation to be “done by professionals.”

“I've heard rumours that the GMC has only got one doctor on its staff but that doesn't make them a bad regulator. Of course we have more because we do inspections which does require some up-to-date pharmacy knowledge. We have pharmacists we employ to help us with that part of our work.”

He chuckles once more as he reflects on the possibility that Dajani “maybe didn't like the fact it was taken away from the professional body the Royal Pharmaceutical Society, particularly if he's on it.”

It is brought to Bob's attention that Dajani's critique applies directly to him since he is not a pharmacist. “No” Bob replies sternly. “But I don't do any judgements of how pharmacists have behaved. That's not my job. I'm not sure where this going. There's one man who has an opinion that apparently to do regulation we should have pharmacists the chairman should be a pharmacist.

“That's very old hat in the world of regulation. Moving forward we should be judged by the people we regulate. We should be judged how good we are as a regulator. Are we proportionate? Are we speedy? Are we fair? Are we transparent?

“Let's have some measures where people can actually measure how good we are as a regulator not have personal opinions of individuals who think it would be better if it was done by pharmacists because that's no longer an option.”

"When I first went to conferences as GPhC chairman they probably thought I had two heads was the devil incarnate and we were going to be nasty to all pharmacists…but I think they are beginning to see we are not hostile to pharmacists.”

“We then collect evidence and investigate the complaint and pharmacists will be involved in that. If there's a case to answer it will either be on a threshold which is pre-determined by the Council. If it does it goes to an investigation committee and that is mixed pharmacists and non-pharmacists equal numbers of both.

Having emphatically rejected Dajani's criticism, Bob does admit the GPhC might have communicated better with registrants early on.

“If you had a criticism about communication, I don't think we were up to speed with that…at the start we were trying to get the register up and running and deal with a backlog of fitness to practice cases.

“We've put in a lot of effort. The general public aren't interested in the minutiae of regulation. They are concerned if there's a bad mistake by a pharmacist and nothing is done. We do need to communicate well with professionals on our register both pharmacists and technicians and we didn't put enough effort into that in our first year.”

In a bid to improve communication and transparency, the GPhC started publishing its fitness to practice determinations to allow the public to see how they arrived at their judgement.

“That allows the public to judge if we're behaving badly or if we're being unfair to pharmacists so they've got an opportunity to come back,” Bob says. “So I think it's more open and they have a chance to come back if they think we're not getting it right.”

That has not been without its problems. One determination on the GPhC website concerning a patient who accused a pharmacist of touching them inappropriately during a physical examination in the consultation room caused confusion.

Part of the judgement read: “A pharmacist is not competent to undertake a physical examination which includes the touching of a patient's body as part of a diagnostic procedure.”

How can pharmacists be restricted in such a way considering they will need to carry out physical examinations as part of their extended role in a modern NHS?

“That judgement and the transcript worried us,” Bob reflects. “It illustrates perfectly that the fitness to practice panel is an arm's length procedure. I don't know the ins and outs of that particular case and why the panel came to that particular judgement.

“We're not saying pharmacists should not undertake physical examinations but they should do so in line with their training and experience.”

He views the use of CCTV in the consultation room to protect pharmacists as “intrusive. It might not be very good for business and patients might object.”

Does the biggest legislative issue for pharmacy at present, the criminalisation of single dispensing errors, still dissuade pharmacists from reporting such mistakes?

“I have anecdotal evidence that's true,” Bob acknowledges. “There is a fear out there. I've sensed it.”

He asserts the GPhC will vigorously pursue a change in the legislation.

“Earl Howe (the Pharmacy Minister) understands that if the law prevents proper reporting and learning from small errors there's something wrong. Rest assured we will be pressing for (a) review to go ahead and we want to be part of that.”

Ten years spent as a lay member of the General Medical Council and an appearance before the Shipman Inquiry where he gave evidence hardened his belief in professional regulation but he feels pharmacy has the scope to flourish.

“I'm very positive about pharmacy. Particularly the area of chronic disease. I've got a friend with a chronic chest condition and he has to go to hospital to have oxygen,” he says.

“He was with us when he had one of his collapses and had to go in and I thought 'this should be managed. He's had it a long time.'

“He's seen various GPs and specialists. I said 'why don't you go and see your local pharmacist?' That's led him to be hospital visit-free for six months.

"If you think about his satisfaction and the savings to the health service it's a fantastic example of what pharmacy can do." 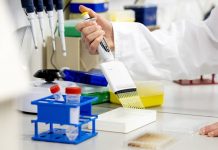