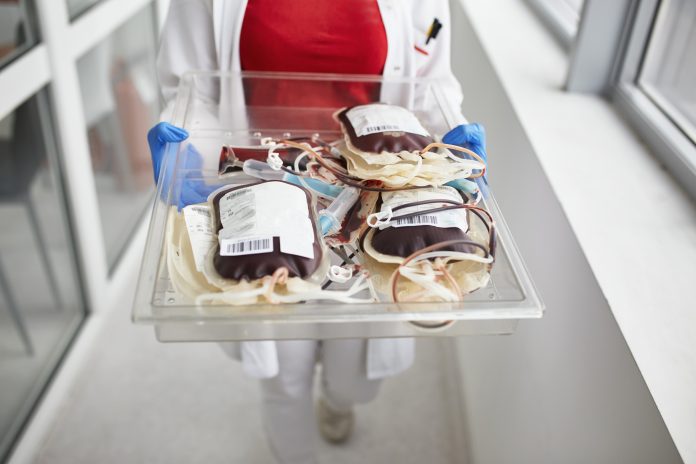 Thousands of people in Britain infected with HIV and hepatitis C through contaminated blood transfusions will receive a compensation payment decades after the scandal, the government announced on Wednesday (August 17).

The payment of £100,000 ($121,000) to each victim is an interim one after Brian Langstaff, the chairman of a public inquiry into the long-running scandal, last month recommended making immediate payouts before waiting for an ongoing inquiry to conclude.

The former High Court judge said that the “moral case for compensation is beyond doubt”.

The government said the tax-free payments, to survivors of the scandal and bereaved partners of the thousands estimated to have died from the contaminated blood, would be made by the end of October.

Thousands of people with haemophilia contracted hepatitis C and HIV after receiving blood transfusions, mainly from the United States, through the NHS in the 1970s, 1980s and 1990s.

Due to a shortage of blood products in Britain, the NHS bought much of its stock from US suppliers whose donors, including prisoners and other groups at high risk of infection, had been paid for their blood.

An estimated 2,400 patients died after being infected through the contaminated blood products in the 1970s and 1980s.

A previous inquiry concluded in 2009 found that ministers should have acted sooner to make British blood supplies more self-sufficient to lessen reliance on imports.

It also called for compensation for those impacted.

A 2017 High Court ruling permitted victims and their families to seek damages via the British justice system.

In a statement, Prime Minister Boris Johnson acknowledged that “nothing can make up for the pain and suffering endured by those affected by this tragic injustice”.

But he added the government was “taking action to do right by victims and those who have tragically lost their partners by making sure they receive these interim payments as quickly as possible”.

However, campaigners said the announcement failed to recognise most family members affected by the scandal, who will miss out on this raft of interim payments.

When the public inquiry concludes next year it is expected to make final recommendations on compensation for this wider group of people, including bereaved parents and the children of victims.