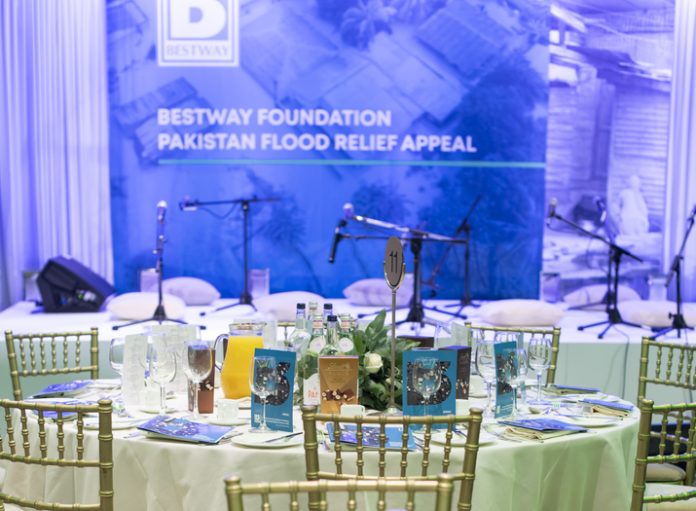 Well Pharmacy, a subsidiary of Bestway Group, is donating US$400,000 worth of medicines to help the victims of those impacted by the recent flooding in Pakistan.

The Bestway Group has raised funds to the tune of $2.3 million, which will be despatched urgently on the ground in Pakistan.

The monies raised have been pledged to build homes (or shelters) for 5,000 families, provide usable water for more than 100,000 individuals and provide food and medical supplies to over 20,000 people.

In addition to appealing for donations, the Group held a fund-raising event on 23 September at London’s InterContinental London Park Lane, which was attended by over 650 guests including the Lord Chancellor, UK cabinet ministers, and members of parliament, in addition to other leading figures and business leaders.

The Lord Chancellor Rt Hon Brandon Lewis MP said that the British government has committed to release funds worth £16.5 million for Pakistan and that it is dealing with wider climate change issues which have been widely believed to have triggered the unprecedented flooding in Pakistan.

To complement its fundraising activities, the Bestway CFO, Haider Choudrey, announced that Well Pharmacy was also donating US$400,000 worth of medicines to support the aid relief effort on the ground.

Mr Choudrey further elaborated that the Bestway Group is grateful to the Foreign, Commonwealth and Development Office and the Pakistan High Commission in London for their help in organising the necessary government approvals and permissions in record time.

He said this was a perfect example of British government helping the people of the Pakistan in their hour of need.

Donations to the Bestway Fund Raising Appeal to help the Victims of Pakistan can be made on https://www.justgiving.com/crowdfunding/bestwayfoundationpakistanfloodrelief