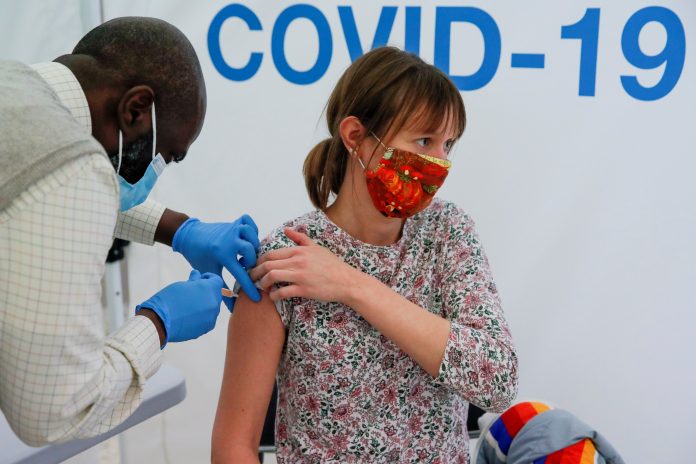 Covid-19 infections in adults of all ages fell by 65 per cent after a first dose of AstraZeneca or Pfizer vaccine in UK research, which scientists said showed the real-world impact of the nation’s immunisation campaign against the pandemic.

Crucially, the research was conducted at a time when a new and more infectious variant of the coronavirus, called B1.1.7, was dominant in Britain, but still found vaccination was just as effective in elderly people and those with underlying health conditions as it was in the young and healthy.

“These real-world findings are extremely promising,” health minister James Bethell said in a statement as the data were published. He said they showed Britain’s Covid-19 vaccination programme – one of the world’s fastest – was having a “significant impact”.

The data come from two studies that are part of the Covid-19 Infection Survey – a collaboration between Oxford University, the government’s health department, and the Office of National Statistics. Both studies were published online as preprints on Friday and have not yet been peer-reviewed.

The researchers analysed more than 1.6 million test results from nose and throat swabs taken from 373,402 study participants between December 1, 2020 and April 3, 2021.

They found that 21 days after a single dose of either the AstraZeneca or Pfizer-BioNTech vaccine – with no second dose – rates of all new Covid-19 infections had dropped by 65 per cent.

Reductions in overall infections and in symptomatic infections, were even greater after a second dose – 70 per cent and 90 per cent respectively – the study found, and were similar to effects in people who had previously had a Covid-19 infection.

The second study looked at levels of antibodies to the SARS-CoV-2 virus to see how they changed after one dose of either vaccine, and after two Pfizer doses.

Results showed that antibody responses to a single dose of either vaccine were slightly lower in older people, but high across all ages after two Pfizer doses.

More than 33 million people in Britain have received a first dose of a Covid-19 vaccine, with more than 10 million having had two doses, official data showed on April 21.