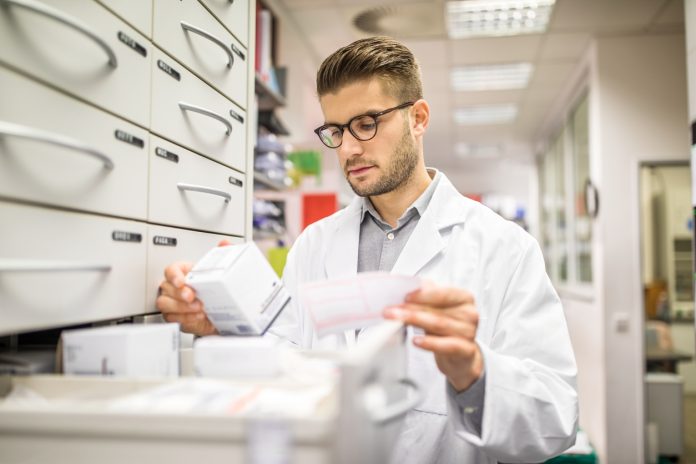 There has been extensive national media coverage today (August 11) on how medicine or drug shortages have forced patients to visit multiple pharmacies to get their prescriptions filled or return to their GP to be prescribed alternative drugs.

These media reports have been based on a survey involving more than 1,500 pharmacists in the UK, in which over a half of those polled said that their patients’ health had been put at risk in the last six months.

In response to a query from Pharmacy Business, the Department of Health and Social Care (DHSC) said it monitors the medicines supply chain closely to prevent any shortages and acts swiftly when any issue arises.

A DHSC spokesperson told Pharmacy Business: “We take patient safety extremely seriously and we routinely share information about medicine supply issues directly with the NHS so they can put plans in place to reduce the risk of any shortage impacting patients, including offering alternative medication.

“We have well-established procedures to deal with medicine shortages and work closely with industry, the NHS and others to prevent shortages and resolve any issues as soon as possible.”

Pharmacy Business was informed of the way in which the department works closely with the MHRA, the pharmaceutical industry, the NHS and others operating in the supply chain to help prevent shortages and to ensure that the risks to patients are minimised when they do arise.

It routinely shares information about medicine supply issues directly with the NHS so it can put management plans in place to mitigate the risk of the shortage impacting patients.

Asked why shortages happen and what measures the DHSC has put in place to mitigate the risk to patients, the DHSC clarified that production of medicines is complex and highly regulated, and that materials and processes needed to meet rigorous safety and quality standards.

The department admitted that occasionally the NHS does experience temporary shortages of specific medicines and that these can occur for a number of reasons: due to manufacturing difficulties, regulatory problems and problems with the supply of raw materials, or from issues which are related to the distribution of the product.

A children’s hospital pharmacist is said to have raised concerns about variable supply of nutritional products and explained how it was putting patients at risk. “We had to ration it, and this has potentially put patients at risk of vitamin deficiencies,” she said.

Another hospital pharmacist spoke of drugs used in end-of-life care being unavailable: “There was no alternative for one patient who had to deal with an additional symptom in his last days of life due to lack of available treatment.”

Although a fifth of those polled did not think patients had been endangered and a quarter did not know, short supply of medicines have been headlined in the recent months. Shortage of hormone replacement therapy (HRT) products used by millions of women going through menopause sparked an outcry earlier this year, which led to ministers launching an HRT supply task force and consequently appointing an HRT tsar to work with manufacturers to improve access.

Speaking to The Daily Express newspaper, menopause mentor Elizabeth Carr-Ellis said: “It’s three years since I first talked about HRT shortages. In that time, I’ve paid for prescriptions that haven’t been filled, had to have my medication changed because it wasn’t in stock and generally just been worried every time I have to ask for more as I’m never sure if I’ll get it.

“Women contact me all the time to say they can’t get their HRT, adding huge stress onto a time that’s often already stressing them out.”

Since June, the department has issued a number of “medicine supply notifications”, highlighting shortages. Some of these include: pain relief drugs used in childbirth; mouth ulcer medication; migraine treatment; an antihistamine; a drug used by prostate cancer and endomitosis patients; an antipsychotic drug used among bipolar disorder and schizophrenia patients; a type of inhaler and a certain brand of insulin.

In a news report on Aug 7, just days ahead of the publication of the current survey, Express said the UK was facing a critical shortage of life-saving drugs including antibiotics, insulin and antidepressants. It stressed that “the impending crisis means that many people could now be turning to risky online sellers for vital medications”.

“The problems are being caused by a shortage of raw ingredients used to manufacture medicines. These are often supplied by countries in the Far East [particularly China which is a major supplier of active pharmaceutical ingredients]. There are also rising costs set by pharmaceutical manufacturers and wholesalers,” the paper wrote.

The newspaper quoted Dr Leyla Hannbeck, CEO of the Association of Independent Multiple Pharmacies, as saying: “We are trying hard to ensure patients get their medicines and we don’t want people to worry but it’s an absolute nightmare in the already overstretched pharmacies that are battling big challenges with workforce pressures.”

Dr Hannbeck added: “They get desperate and get their hands on medicines from the internet, where it is not safe. We don’t know why the government is not responding swiftly enough to tackle the issue.”

In a recent Pharmacy Pressures Survey, the Pharmaceutical Services Negotiating Committee found that 83 of pharmacies polled reported of a significant increase in medicine supply issues in the past year.

The National Pharmacy Association has always maintained how pharmacists went to great lengths to source medicines for their patients but their hands were tied.

A spokesperson said: “Delays are always inconvenient and frustrating, and they can also sometimes be a risk to the patient’s health.

“Pharmacists should be given greater flexibility to take decisions at the point of care to manage medical supplies.”