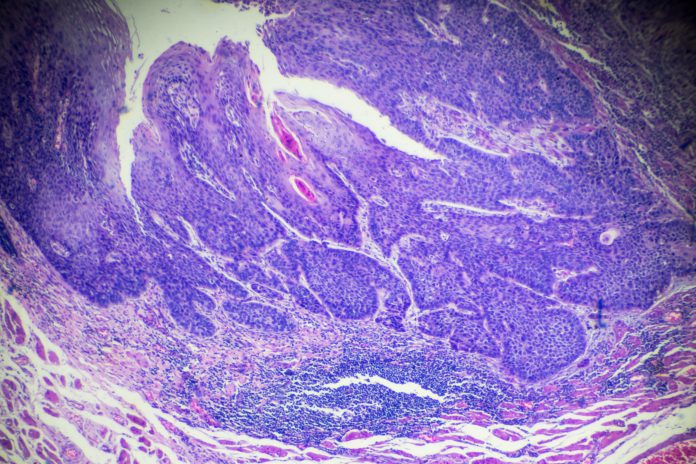 A group of drugs commonly used to treat erectile dysfunction may be able to boost the effect of chemotherapy in oesophageal cancer, according to new research funded by Cancer Research UK and the Medical Research Council.

The research, published on Tuesday (June 22) in Cell Reports Medicine, found that the drugs, known as PDE5 inhibitors can reverse chemotherapy resistance by targeting cells called cancer-associated fibroblasts (CAFs) residing in the area surrounding the tumour.

Although this is early discovery research, PDE5 inhibitors combined with chemotherapy, may be able to shrink some oesophageal tumours more than chemotherapy could alone, tackling chemotherapy resistance, which is one of the major challenges in treating oesophageal cancer.

Oesophageal cancer affects the food pipe that connects the mouth to the stomach, and while it is a relatively rare cancer, the UK has one of the higher rates in the world, with 9,300 new oesophageal cancer cases in the UK every year.

Resistance to chemotherapy in oesophageal cancer is influenced by the tumour microenvironment, the area that sounds the tumour. This is made up of molecules, blood vessels, and cells such as cancer associated fibroblasts (CAFs), which are important for tumour growth. It feeds the tumour and can act as a protective cloak, preventing treatments like chemotherapy from having an effect.

The team of researchers at the University of Southampton wanted to identify the cells in the tumour microenvironment which protects the tumour from treatment so they could target them.

They found that levels of PDE5, an enzyme originally found in the wall of blood vessels are higher in oesophageal adenocarcinoma compared with healthy oesophageal tissue. High levels of PDE5 were found in CAFs within the tumour microenvironment.

The researchers also found that high expression of PDE5 is associated with worse overall survival, suggesting that PDE5 would be an effective target for treatment.

Following this, the team tested a PDE5 inhibitor, PDE5i, on CAFs from oesophageal tumours. They found that PDE5i were able to suppress CAF activity and make them look more like normal fibroblasts.

Next, collaborating researchers at the University of Nottingham took samples of tumour cells from 15 tissue biopsies from eight patients, and used them to create lab-grown artificial tumours.

The researchers also tested the treatment on mice implanted with chemotherapy resistant oesophageal tumours and found that there were no adverse side effects to the treatment, and that chemotherapy combined with PDE5i shrunk the tumours more than chemotherapy alone.

An added benefit of using PDE5 inhibitors is that they are already proven to be a safe and well tolerated class of drug that’s given to patients world-wide, even in the high doses that would be required for this treatment. The researchers also say that giving PDE5 inhibitors to people with oesophageal cancer would be extremely unlikely to cause erections without the appropriate stimulation.

Professor Tim Underwood, lead author of the study and a professor of gastrointestinal surgery at the University of Southampton, said: “The chemotherapy resistant properties of oesophageal tumours mean that many patients undergo intensive chemotherapy that won’t work for them. Finding a drug, which is already safely prescribed to people every day, could be a great step forward in tackling this hard-to-treat disease.”

With the proven safety of these drugs and the positive results from this research, the researchers next step is a phase I/II clinical trial testing a PDE5 inhibitor in combination with chemotherapy in patients with advanced oesophageal cancer.

If successful, this treatment could be helping a significant proportion of the around 9300 people a year diagnosed with oesophageal cancer within the next five to 10 years. The study could pave the way for the use of PDE5 inhibitors in other cancer types.

Michelle Mitchell, chief executive of Cancer Research UK, said: “Developing new drugs for cancer is incredibly important, but doing so from scratch is a challenging process, and many fail along the way. We’ve also been keen to explore whether existing drugs, licensed for other diseases, can be effective in treating cancer. If these turn out to be successful treatments, they will also prove to be more affordable and become available to patients quicker.

“Progress in treatment for oesophageal cancer over the last 40 years has seen only limited improvement, which is why we’ve made it a research priority. We’re looking forward to seeing how the combined treatment of PDE5 inhibitors with chemotherapy performs in clinical trials.”