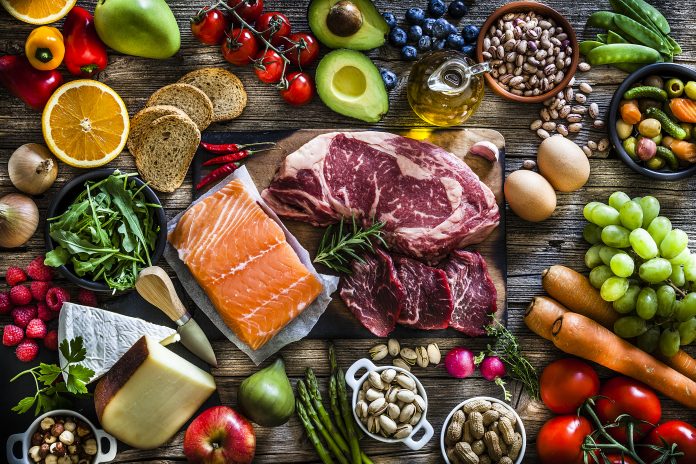 Gut microbiome is the combined genetic material (genomes) of the microorganisms residing in the gut. The term microbiota is used to describe the community of microorganisms themselves.

Lower microbiota diversity indicates a microbial imbalance within the gut, and is often found in people with autoimmune diseases, obesity and cardiometabolic conditions.

Studies have found that while there is a heritable component to gut microbiota, the role of environmental factors such as diet, drugs and anthropometric measures play a key role in one’s microbiota composition. Pharmacy teams are best placed to advise their patients on ways to improve their gut heath.

Popular media suggests the key to solving all health problems is to nurture the gut through drinking kombucha and avoiding gluten. But how true is this really? Ask your patients to consider implementing the following five tips, informed by scientific literature, into their diet and lifestyle, to improve the microbiota diversity.

First thing: avoid consuming high intensity sweeteners, like sucralose and aspartame. While sugar alternatives like sucralose, aspartame and saccharin are generally considered safe by regulatory bodies, studies have shown these sugar substitutes disrupt the balance and diversity of gut microbiota.

Researchers investigated the impact of non-nutritive sweeteners, including aspartame, saccharin, stevia, sucralose, alongside control groups, and found that all four of the tested sweeteners altered the bacteria in the gut and the molecules they secrete. Additionally, all four were seen to “distinctly impact” the oral microbiome of the person consuming them.

Such microbiome changes did not occur in the control groups, which suggest that the consumption of high intensity sweeteners may not be much better for our health than the consumption of sugar, which has been linked to health conditions like obesity and diabetes.

Encourage your patients to have a conversation with you about medications that could be interacting with their gut microbiota. Diet is not the only factor that could impact on the health of gut microbiota, and medication has also been seen to play a key role in modulating the gut microbiota composition.

For example, antibiotics, which even when studying short-term courses, have been shown to decrease the taxonomic richness, diversity and reduce the colonized resistance from invading pathogens.

A large Dutch-Belgian population study found that drugs had the largest explanatory power on microbiota composition. Further studies have shown the major impact of commonly prescribed proton pump inhibitors on the microbial community, which may explain the higher rates of gastrointestinal infection seen in people taking these drugs. This may result in an alternative being chosen that is less likely to impact gut microbiota.

Another good idea is to supplement with probiotics for various health benefits. Probiotics are live bacteria and yeasts that, if administered in a viable form and adequate amount, have beneficial effects on our overall health. Probiotics, like Bifidobacterium and Lactobacillus, can be added to yoghurts, taken as food supplements and even added to drugs.

The therapeutic effect of probiotic supplementation has been studied in a broad range of diseases. They can affect health independently of the gut microbiota through direct effects on the host, such as through immune modulation or the production of bioactive compounds.

If your patients eat a diet heavy in meat and dairy, you might want to ask them to consider reducing their consumption of these food types and incorporating more fresh fruit and vegetables, which are high in fibre to improve their gut health.

But they should incorporate less meat and more fibre gradually, because studies have shown that major increases in dietary fibre can temporarily reduce diversity, as the microbes that digest fibre become specifically enriched.

Studies have found that glutenfree bread reduces the microbiota imbalance experienced by the people with gluten sensitivity or coeliac disease. However, studies have also shown that for people who do not have coeliac disease or an intolerance to gluten, avoiding gluten showed a reduced abundance of beneficial microbes and may lead to an increased risk of heart diseases, potentially due to a reduced consumption of key whole grains needed for healthy gut microbiota.

So before they restrict consumption of gluten, advise them to speak yourself or their GP about testing for an intolerance or sensitivity to the protein to be sure they are taking the right steps to improve their gut health.

(Joshua Edwards is a Pilltime pharmacist.)