Home news HRT shortage: “Get your act together, this is just exploitation,” MP lashes... 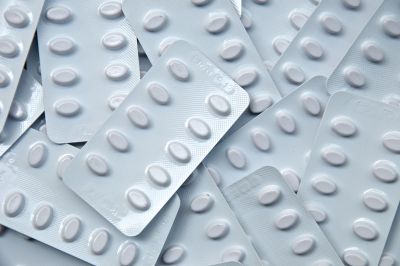 Carolyn Harris, Labour MP for Swansea East and co-chair of the Menopause Taskforce, has raised concerns over overcharging of HRT medicines by some online pharmacies, The Telegraph reports.

Carolyn, according to the newspaper, has claimed that some HRT products are being sold online for up to “three times as much as they’re worth”.

She has also accused the companies of “profiteering” from HRT shortage.

Carolyn has vowed to raise this issue in parliament and will also ensure that health secretary Sajid Javid is aware. She also intends to write to Javid to make sure he is up to date with the alleged “profiteering” taking place.

“Get your act together, this is just exploitation. Anybody who thought it was a good idea to hike the price up because there was a shortage… it’s awful, it’s just complete profiteering, and making a profit off the back of somebody’s desperation is never a good look,” she told The Telegraph.

According to screenshots sent to Carolyn one online pharmacy was allegedly advertising the 80 gram pack for £58.98. She told The Telegraph, “last month she paid £62 for four 80 gram packs through another private prescription service. Through an NHS prescription, patients would typically pay £9.35 for one pack.”

The HRT drug shortage has caused chaos in the UK. National media reports have highlighted the problem faced by women in seeking HRT medicines, and how overcharging for the drugs have added to the problem.

To tackle the drug shortage issue, the regulators are also playing their role. Recently Sajid Javid appointed Madelaine McTernan as the new HRT tsar to spearhead efforts to deal with shortages of the medicine.

Last week, DHSC also has issued SSPs on three HRT medicines to limit dispensing supply to three months. To ensure women across the UK will be able to more reliably access HRT products SSPs has been issued on the supply of Oestrogel, Ovestin cream and Premique Low Dose.