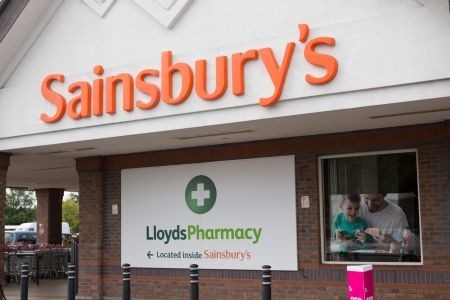 The pharmacy bodies have expressed a deep concern over Lloyds Pharmacy ’s announcement on plans to close all pharmacy branches located in Sainsbury’s before the end of 2023.

Pharmaceutical Services Negotiating Committee (PSNC) Chief Executive Janet Morrison said: “This significant shrinkage by the second largest pharmacy chain is an extremely worrying development and one of the clearest signals yet of just how much all community pharmacies are struggling to make ends meet. We know that many are at breaking point.”

She added: “We understand that LloydsPharmacy will be in touch directly with affected staff and patients at this difficult time. As these pharmacies close, other pharmacies locally will be braced for even more pressures as they try to cope with increased demand.”

“The announcement by LloydsPharmacy will be of concern to staff, patients, the public and the community pharmacy sector alike,” Malcolm Harrison, Chief Executive of the Company Chemists’ Association (CCA).

Pharmacists, and other employees, working at pharmacies owned and operated by LloydsPharmacy in Sainsbury’s have been told that the group of more than 200 pharmacies will be closed this year as LloydsPharmacy will be ending their relationship with the supermarket chain.

The Pharmacist Defence Association (PDA) Union will provide PDA members with information, support and representation in order that they are aware of and can exercise their rights at work in relation to this situation.

As the recognised trade union at LloydsPharmacy, PDA officials were given confidential notice before the announcement and are able to continue to represent the interests of pharmacists in discussions with the company.

Mark Pitt, Assistant General Secretary of the PDA Union said, “We have seen many disposals of Lloyds Pharmacy branches over recent months and we know more may occur, however for every disposal there has been a buyer, therefore patients and communities have seen no reduction in availability, the pharmacy network has not lost capacity and there were no job losses.

This situation is different and means significant reductions in access to a pharmacy for patients and we expect those who represent communities to be concerned about the loss of a key part of their local NHS service.

Forward-thinking governments around the UK are seeking to make greater use of pharmacies as the most accessible contact point in the NHS, to reduce pressure on other parts of the healthcare system, so there should be greater community pharmacy capacity, not less.”

According to PSNC, the sharp decline in community pharmacy funding combined with workforce and other pressures is making it ‘increasingly difficult to sustain services and impossible to do more’.

The committee stressed that pharmacies urgently need investment from Government to ensure they can continue to offer the services that so many patients rely on and this is why the sector has this week announced its #saveourpharmacies campaign.

Morrison said: “Without further investment, we believe more permanent closures are likely and this will only increase the risk of serious difficulty for patients’ in accessing services and medicines: Government must not allow this to happen. I am calling on Ministers to meet me for meaningful talks to avoid such a catastrophe.”

“Policymakers cannot escape the fact that the funding model for community pharmacy is broken,” said Harrison.

“As we and other pharmacy bodies have warned recently, we are at an indisputable fork in the road for the NHS. At a time when General Practice and the NHS is struggling with ever-increasing demand, allowing the community pharmacy network to wither and decline will make no sense to patients and the public. Again, we call on the Government to act.

If new and recurrent funding is not forthcoming, it is very likely that the rate of permanent closures will increase with far-reaching impacts on the capacity and resilience of the pharmacy network.”