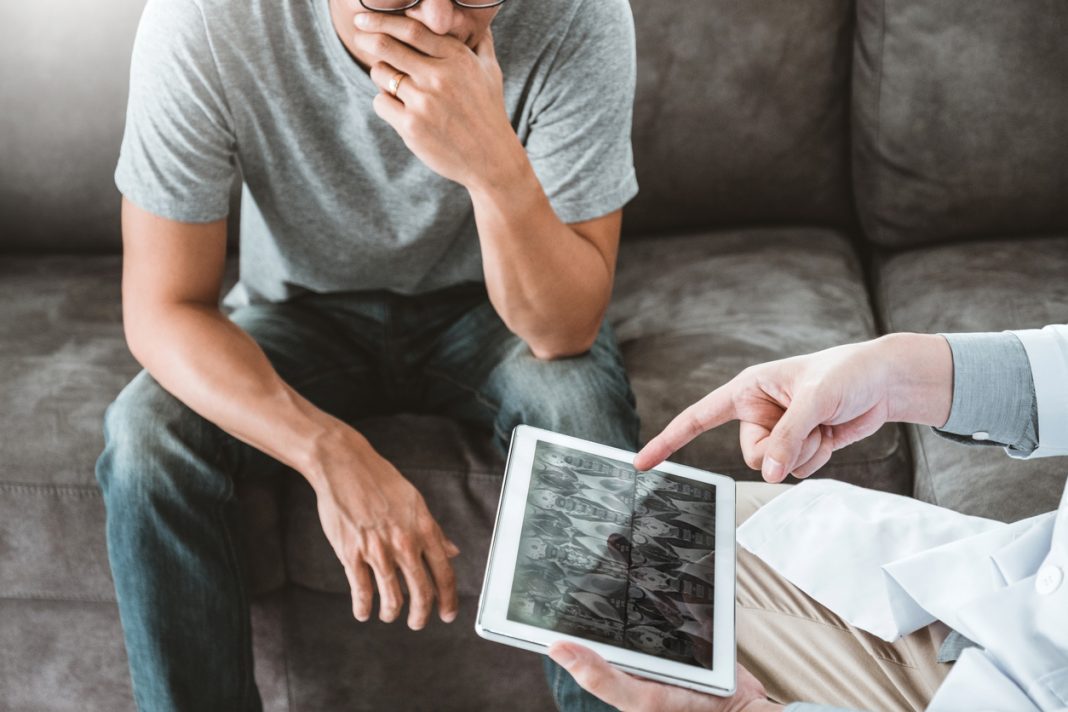 Prostate cancer is the most common cancer among men in the United Kingdom. However, Macmillan revealed that prostate cancer diagnoses were down 29 per cent between 2019 and 2020, meaning men weren’t seeing their GPs to begin to get diagnosed. Therefore, it is of utmost importance to spot any symptoms and get checked, as an early diagnosis can help not only increase survival rates, but also offer a more varied choice of treatment options.

As community pharmacy teams play a fundamental role in educating men who may be concerned about their health it vital to maximise trusted relationship with patients, and it is crucial that pharmacists have access to the correct resources to direct men to seek prostate cancer guidance.

Prostate cancer often affects men who are over the age of 50. Those who are at a higher risk of prostate cancer also include those of African-Caribbean family descent, if there has been a family history of the cancer, and poor weight and diet.

However, studies have found that community pharmacists play an important role in delivering programmes to improve levels of physical activity and diet of men with prostate cancer.

Pharmacists can help to guide patients to their GP to double check any health concerns if they are aware of the signs to look out for, as well as identifying the men most at risk.

At the moment, there is no national screening examination for prostate cancer. When a man goes to his GP to raise any prostate issues, a urine sample and digital rectal examination will often be taken.

Additionally, a common test to help to detect prostate cancer is taking a blood sample which tests the level of prostate-specific antigen –which is called a PSA test, and is available to men over 50 and who requests it from their GP.

In 2015, Dave Fenneberg from Essex, who was 65 years old at the time, asked his local GP for a PSA test when he went to have a routine blood test –despite showing no symptoms of prostate cancer.

The higher the PSA level is, the more likely a prostate problem is present – on average, if the PSA is more than 10, the chance of having prostate cancer is over 50 per cent. If the score is high, the patient will often be referred to a hospital for an MRI scan of the prostate, and if a problem is presented, it can then be targeted with a biopsy.

Dave’s results came back with an exceptionally high score of 48 ng/mL. He was then referred to a specialist in Basildon Hospital, where he underwent an MRI, bone scan and a transrectal biopsy.

Pharmacists can help potential prostate cancer patients by educating them as to what the PSA test is and when it becomes available to them.

Even if men show no symptoms, when they reach the age of 50, it is important for them to monitor their PSA score so that any changes can be identified.

Historically, transrectal prostate biopsies (TRUS) have been the standard practice for prostate cancer diagnosis, which uses a biopsy needle inserted through the rectum to sample the prostate. Yet, the procedure has a high risk of infection and sepsis, as well as inaccurate identification of suspected cancer cells.

Unfortunately, a few days after his transrectal biopsy, Dave was diagnosed with sepsis, and subsequently, spent a further four days in the hospital. Fortunately, there is now an alternative method which is increasingly being adopted across the NHS – a transperineal biopsy conducted under local anaesthetic, which passes the needle through the perineum instead of the wall of the rectum – mitigating the risks associated with the transrectal approach.

Patient choice is vital, and that demands accurate and informed discussions about the benefits and side effects of each treatment option. The first consultation must be honest and open, outlining the various options available to the patient.

It is also advisable for patients to seek multiple sources of advice, rather than just speaking to their surgeon, for example, who may be inclined to advise patients only on the option of surgery to remove the prostate.

Of equal importance, pharmacists should be aware of prostate cancer treatment pathways and side effects, as they play an active role in communication with the patient before and after treatment.

Dave was diagnosed with advanced and aggressive prostate cancer, which was beginning to spread outside of the prostate, on the 9th of December 2015. The oncology team recommended that he should have hormone injections to reduce the aggressive nature of the cancer; LDR brachytherapy – a focal therapy to treat the localised cancer cells – followed by several sessions of radiotherapy to target those cells that were starting to spread beyond the prostate.

Dave took his hormone injections between December 2015 and 2018. Then, in August 2016, his LDR brachytherapy procedure took place at Southend Hospital with Dr Ahmed, which was described as “bearable,” and Dave was able to get back to normal quite quickly.

After the brachytherapy, Dave then underwent six weeks of radiotherapy. Since 2018, Dave has had no further treatment and continues to monitor his PSA levels, which has since dropped to 1.8ng/mL in February 2022.

He doesn’t suffer from any side effects following his treatments, and emphasises the importance of educating men to get checked and to monitor their PSA scores.

The first vital step is to take action over possible symptoms, which is why it is crucial that pharmacists have insight of the signs to look out for in men.

Dave’s case study is an example of the type of situation where both a GP and pharmacist can provide support for a patient’s prostate cancer journey. It is key that pharmacists are educated and involved in assisting in the prevention and management of symptoms, and the potential reactions of treatments in the future.