NHS England has rolled out a new form of DNA test capable of rapidly diagnosing rare diseases for critically ill babies and children.

This is part of the NHS Long Term Plan’s commitment to use world-leading technologies to improve care for the sickest infants.

The technique called ‘whole exome sequencing’ doubles the chance of diagnosis and helps to reveal what is wrong with patients within a few days.

According to NHS England, 80 babies and children have received the new test, in which almost half have been diagnosed for rare diseases.

Health Secretary Matt Hancock said: “The pain for families seeking a diagnosis for their sick children is unimaginable. These cutting edge DNA tests will much more rapidly diagnose rare diseases, helping to put an end to uncertainty and allowing children to receive the best possible treatment.”

“It’s one step forward, and over the coming years we will expand the use of genomic testing right across the NHS,” Hancock said.

The tests are delivered from the South West Genomic Laboratory and it is faster than the standard practice.

They can detect rare neurological, metabolic or other conditions by identifying genetic mutations and helps to show which patients are unlikely to respond to particular treatments.

Sir Simon Stevens, chief executive of NHS England, said the “quick and accurate new test means rapid diagnosis and reassurance for families when they need it most and give babies and children the best chance of a healthy and happy life.

“In the last year alone, scores of patients have received game-changing new treatments such as CAR-T therapy and targeted radiotherapy at the NHS’s new £125 million Proton Beam centre.

“Over the next decade the NHS will continue to expand the range of personalised, precision medicines, including rolling out genomic testing to all people with rare diseases and patients with cancer.” 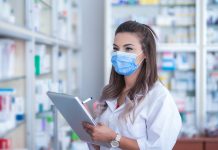