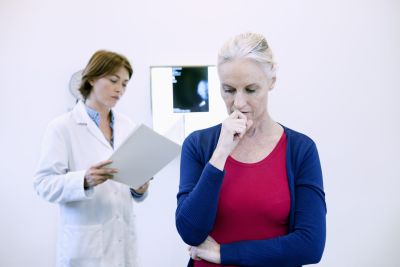 The National Institute of Health and Care Excellence has recommended that surgeons working in hospitals with limited or no access to a radiopharmacy department could now use Magtrace and Sentimag as an option to locate sentinel lymph nodes in people with breast cancer.

The recommendation in draft NICE medical technology guidance could see a change in NHS standard care for the first time in years. The technology could also mitigate the reliance on radioactive isotope tracers shipped in from outside Great Britain.

The magnetic liquid tracer – Magtrace – is a non-radioactive dark brown liquid. It is both a magnetic marker and a visual dye. The Magtrace is injected into the tissue around a tumour. The particles are then absorbed into the lymphatic system, following the route that cancer cells are most likely to take when they spread from the primary tumour and become trapped in sentinel lymph nodes.

The Sentimag probe moves over the skin emitting sounds of different pitches as it passes over the Magtrace tracer, in a similar way to a metal detector locating metal in the ground. The nodes often appear dark brown or black in colour, which also helps with identification.

Once the sentinel lymph node is located, the surgeon makes a small incision (about 1/2 inch) in the overlying skin and removes the node for biopsy.

Breast cancer is the most common cancer in the UK with approximately 54,000 new cases of invasive disease annually. Most breast cancers occur in women, but around 300 men in the UK are also diagnosed with invasive breast cancer each year.

Evidence presented to NICE’s independent medical technologies advisory committee showed that Magtrace and Sentimag is likely to be as effective at detecting sentinel lymph nodes as the current standard practice. The current standard practice requires nuclear medicine safety procedures and facilities because it uses a radioactive isotope tracer and a blue dye dual technique.

However, Magtrace is not a radioactive substance, and it does not require the use of blue dye which is associated with a risk of anaphylaxis.

Each year 28,600 people to undergo a sentinel lymph node biopsy.

Jeanette Kusel, acting director for MedTech and digital at NICE, said: “People with breast cancer want to know if their cancer has been isolated or has spread to the rest of their body. The earlier this is established, the better the potential outcomes will be.

“Using the Magtrace technology is another option for surgeons who work in hospitals with limited or no access to radiopharmacy departments. The benefits of using this technology include the potential for more procedures to take place, reducing the reliance on radioactive isotopes shipped into the country and for less travel for people having a biopsy.

“This is a great example of NICE driving innovation into the hands of professionals to improve care.”

NICE has requested data is collected to understand if cost savings are made once the technology is adopted.

The committee was advised that there are some side effects and adverse events associated with the technology. These include skin staining and future MRIs can be affected after using Magtrace, so use of Magtrace should be considered carefully for people who are likely to need follow-up MRI studies.

The draft guidance is now open to public consultation via nice.org.uk until Thursday 16th June 2022.