Pharmacist Pooja Sharma died on Thursday (March 26), a day after her father Sudhir passed away: both victims of the deadly COVID-19 disease.

Pooja, 33, who worked at the East Sussex at Eastbourne District General Hospital, succumbed to the virus after being admitted to intensive care unit three days ago.

“Her laughter was contagious and her random calls made my day. From when we were in primary school until we last spoke 2 weeks ago, you gave me nothing but love, support and a tummy ache with all the laughter,” wrote Amarjit Aujla on Facebook.

“Life can never be the same without you my dear friend.”

Another pharmacist friend, who wanted to remain anonymous, said: “Please take this seriously, guys, and stay at home. There is nothing that cannot wait for a few months. Do this for your family if not for yourself.”

Sudhir, 61, was immigration officer at Heathrow, but officials think he contracted the virus elsewhere as he was away from work since 7 January due to “underlying health problems.”

The reports say he had recently returned to the job on the frontline.

It is also unclear whether Sudhir and Pooja, from Hounslow in west London, had been in contact with each other before their deaths.

A colleague of Sudhir told The Sun: “It’s an absolute tragedy. He was a lovely, lovely man. Every immigration officer is talking about it.

“There are concerns about his widow being unable to attend the funeral because of the isolation issues. It’s just so awful.” 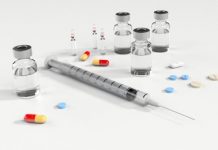 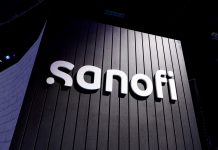