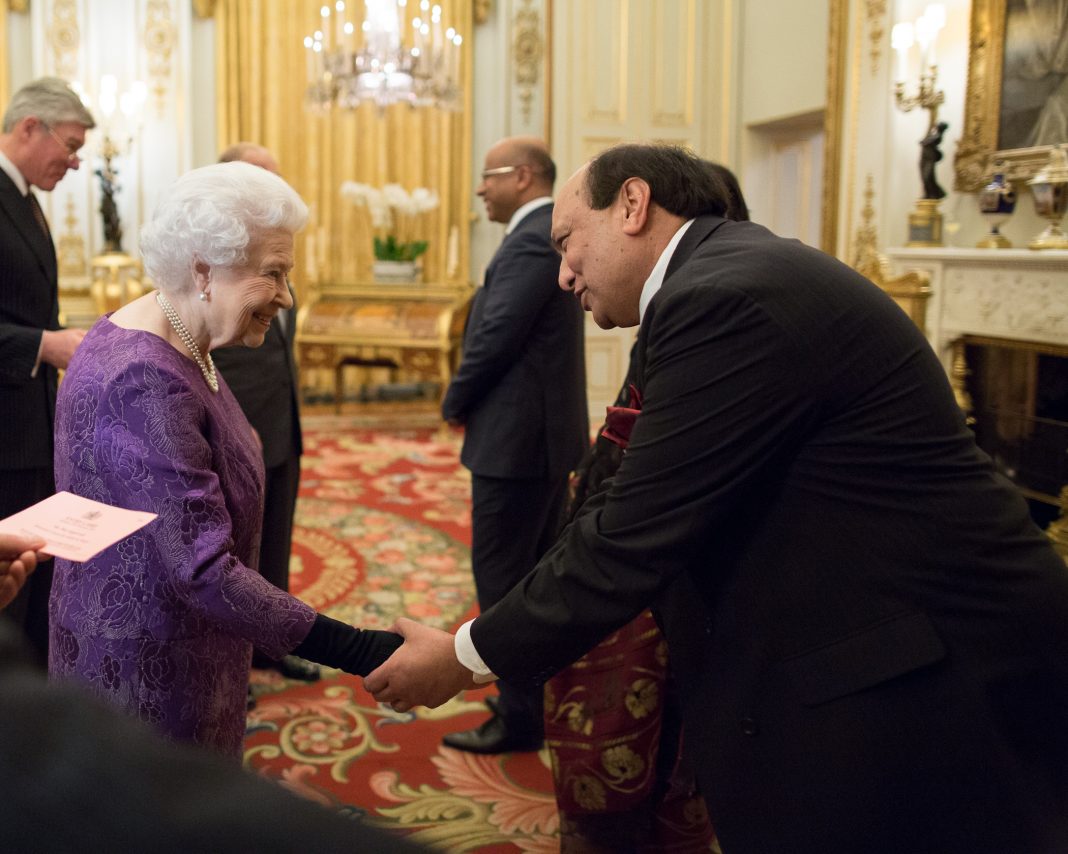 It was my great privilege be appointed by Her Majesty Queen Elizabeth II to serve as her representative in South Glamorgan as Deputy Lord Lieutenant and also as Honorary Captain in the Royal Navy.

During that time I was incredibly lucky to have met her on a number of  occasions, including the state opening of Parliament, the Buckingham Palace Summer Garden Party, the Commonwealth reception and at various culture celebrations.

I remember clearly the first time I met her at Buckingham Palace in 2010.

Her Majesty looked at my name badge and saw that I had an OBE, and said: “Oh, did I do that one?” I replied: “No Ma’am that was bestowed by the Prince of Wales.”

She looked at me kindly, smiled and said: “That’s a shame, I missed out on that one.”

I replied, slightly cheekily: “It was a shame for me too.”

At that point I realised that everyone in the room was listening to our conversation. There was a slight pause that felt like forever for me, and then she chuckled, and immediately everyone else burst out laughing.

She added: “Make sure you meet him today as well, he is here.”

Clearly, I was hugely relieved not to have caused any offence, but it just goes to show what a wonderful, and slightly mischievous, sense of humour that the Queen had.

On a subsequent meeting, I represented India in my position as Honorary Consul for India in Wales, for the occasion of the UK-Indian culture celebrations in 2017.

Clearly Her Majesty had been briefed beforehand, but such was her dedication, attention to detail, and not to mention impressive memory (there were at least 20 other people she greeted at the event), that she recalled my name and thanked me for travelling all the way from our home in Cardiff. It was little individual touches like this that made people who met her feel welcomed and important.

The Queen was a great supporter of the Indian diaspora living in the United Kingdom and really loved Indian culture and customs.

At a Buckingham Palace Garden Party, she made her way over to compliment my wife’s saree and said it was so beautiful, and that there must be an art to wearing it so elegantly. Clearly my wife was thrilled to have such a wonderful accolade from the Queen and will cherish the memory of that moment forever.

I recall another UK-India cultural event where she greeted me by saying Namaste, a small thing perhaps but it meant so much, and her knowledge of Indian customs and culture were wide ranging.

She also knew a great deal about the politics and people of our country from her three visits to India during her reign. On her first visit to New Delhi in 1961, nearly a million people lined the streets to catch a glimpse of the young Queen and her husband Prince Philip.

Over the years of her reign, it’s hard to calculate the vast numbers of people that her greeting and warmth will have resonated with.

Being able to speak to all walks of life, nationalities and creeds, and communicate to all of them is a rare gift which few possess, and it was used to great benefit for the United Kingdom for over 70 years.

During the past years I have also built up strong relationships with His Majesty King Charles III and, of course, our new Prince and Princess of Wales, William and Kate. I look forward to serving them in their new roles.

Raj Aggarwal OBE DL is an Anglo-Indian pharmacist, public health expert, businessman and the first ever Honorary Consul for India with jurisdiction for Wales.