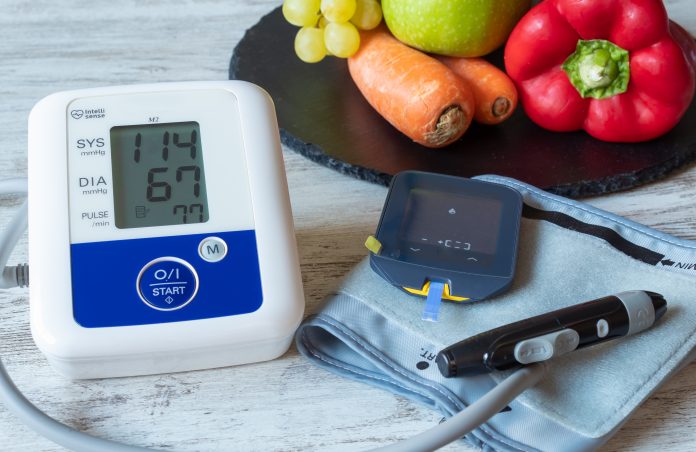 One of the long-standing medical mysteries is the diagnosis of diabetes in majority of patients suffering from high blood pressure (hypertension and diabetes).

The reason for this had been unknown. But now, an international team of universities have made a breakthrough.

The research, published online in ‘Circulation Research’, involved contributions from collaborating scientists in Brazil, Germany, Lithuania, and Serbia, as well as the UK and New Zealand.

Professor Julian Paton, a senior author, and director of Manaaki Manawa, The Centre for Heart Research at the University of Auckland, said: “We’ve known for a long time that hypertension and diabetes are inextricably linked and have finally discovered the reason, which will now inform new treatment strategies.”

GLP-1 is released from the wall of the gut after eating and acts to stimulate insulin from the pancreas to control blood sugar levels. This was known but what has now been unearthed is that GLP-1 also stimulates a small sensory organ called the carotid body located in the neck.

The University of Bristol group used an unbiased, high-throughput genomics technique called RNA sequencing to read all the messages of the expressed genes in the carotid body in rats with and without high blood pressure. This led to the finding that the receptor that senses GLP-1 is located in the carotid body, but less so in hypertensive rats.

David Murphy, professor of Experimental Medicine from Bristol Medical School: Translational Health Sciences (THS) and senior author, explained: “Locating the link required genetic profiling and multiple steps of validation. We never expected to see GLP-1 come up on the radar, so this is very exciting and opens many new opportunities.”

Professor Paton added: “The carotid body is the convergent point where GLP-1 acts to control both blood sugar and blood pressure simultaneously; this is coordinated by the nervous system which is instructed by the carotid body.”

People with hypertension and/or diabetes are at high risk of life-threatening cardiovascular disease. Even when receiving medication, a large number of patients will remain at high risk. This is because most medications only treat symptoms and not causes of high blood pressure and high sugar.

Professor Rod Jackson, world-renowned epidemiologist from the University of Auckland, said: “We’ve known that blood pressure is notoriously difficult to control in patients with high blood sugar, so these findings are really important because by giving GLP-1 we might be able to reduce both sugar and pressure together, and these two factors are major contributors to cardiovascular risk.”

Audrys Pauza, a British Heart Foundation-funded PhD student in Professor David Murphy’s lab in the Bristol Medical School and lead author on the study, added: “The prevalence of diabetes and hypertension is increasing throughout the world, and there is an urgent need to address this.”

“Drugs targeting the GLP-1 receptor are already approved for use in humans and widely used to treat diabetes. Besides helping to lower blood sugar these drugs also reduce blood pressure, however, the mechanism of this effect wasn’t well understood.”

“This research revealed that these drugs may actually work on the carotid bodies to enact their anti-hypertensive effect. Leading from this work, we are already planning translational studies in humans to bring this discovery into practice so that patients most at risk can receive the best treatment available,” he said.

But GLP-1 is just the start. The research has revealed many novel targets for ongoing functional studies that the team anticipate will lead to future translational projects in human hypertensive and diabetic patients.