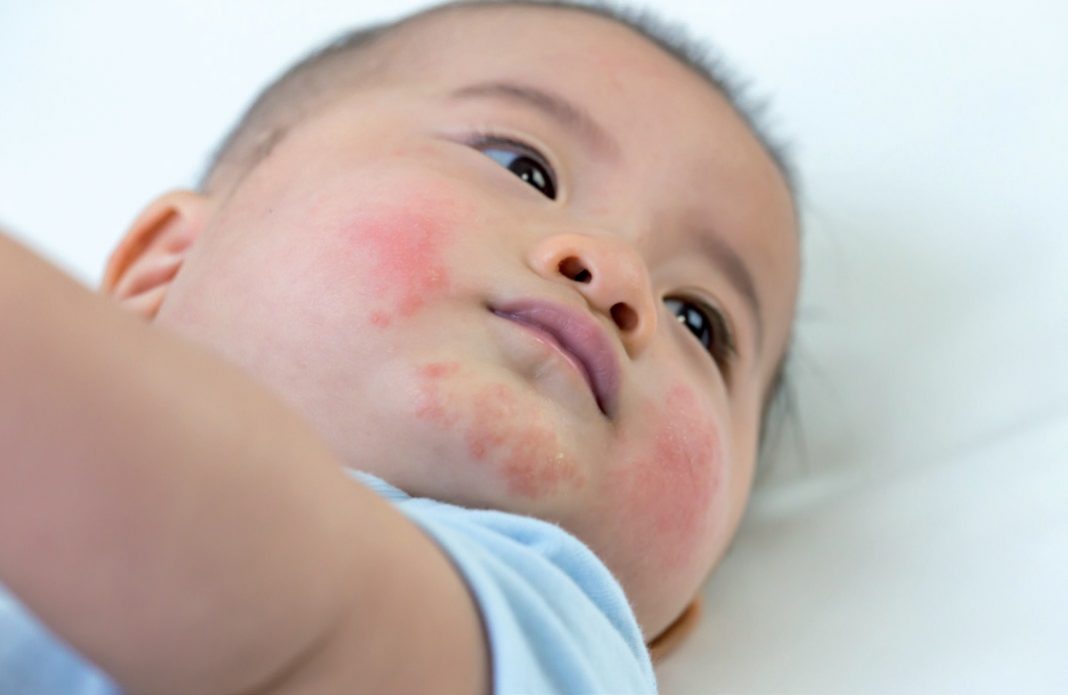 Eczema (atopic dermatitis), which affects up to 20 per cent of children, is one of the most common conditions pharmacists encounter, but don’t underestimate eczema. Generalized eczema may compromise health-related quality of life (HRQoL) more than several other chronic diseases, including asthma, epilepsy and diabetes. Despite the impact on HRQoL, underuse of moisturizers and topical corticosteroids often leaves childhood eczema poorly controlled.

UK researchers recently reported that several factors contribute to the underuse of moisturizers and topical corticosteroids in children with eczema. For instance, most of the 30 parents and carers interviewed felt that they had received little information about eczema.

The lack of understanding may help explain why some parents and carers expressed concerns, such as the risk of skin thinning, about topical corticosteroids. Some were not convinced that moisturisers (strictly, an emollient is an ingredient of a moisturiser) reduced itch and maintained control of eczema. Some felt that moisturisers’ efficacy declined over time.

Parents and carers also admitted to “incomplete knowledge and skills” about managing eczema (such as whether they should apply moisturisers regularly) and reluctance to manage eczema in collaboration with their child. Parents and carers wanted advice about using treatments and explanations of moisturisers’ and topical corticosteroids’ mechanisms of action. The authors note that healthcare professionals could help identify and address gaps in knowledge.

To help pharmacists educate and counsel parents and carers, the Pharmacy Academy has launched a continuing professional development (CPD) module that empowers the pharmacy team to offer practical advice about moisturisers’ central place in eczema management.

The CPD module explains that skin forms a physical barrier that limits water loss and protects against harmful environmental factors. In eczema, changes to the levels and structure of epidermal proteins impair this barrier function, increasing water loss, allowing antigens (immune trigger) access to the skin and compromising host defences.

The interaction between genes, environment (e.g., harsh soaps, detergents, wool, seasonal changes, infections and stress) and immunology produces a variety of signs and symptoms of which intense itch and eczematous lesions are the most common.

The CPD module notes that itch is the hallmark: rashes that do not itch are unlikely to be eczema.

The skin damage that characterizes eczema triggers inflammation in the stratum corneum, which contributes to itch. Children inevitably scratch, which releases more pro-inflammatory mediators and so further exacerbates eczema. Itch can be an important driver of HRQoL in children with eczema. Severe itch can mean children become irritable and inattentive as well as disturbing sleep. Indeed, eczema can affect the whole family. As the CPD module reminds pharmacists, the parents of a child with eczema can feel anxious, depressed, exhausted, frustrated, helpless and guilty.

Eczema is more common in people of Asian and Black descent than those of White ethnicity. The pharmacy team needs to remember, however, that eczema presentation often depends on ethnicity.

The CPD module notes, for example, that patients of African and Asian descent more commonly present with extensor, rather than flexural, dermatitis. Discoid (circular) or follicular (around hair follicles) patterns may be more common in children of Asian, Black Caribbean and Black African descent compared with those of White ethnicity. Eczema management aims to alleviate signs and symptoms and ensure long-term control. The main elements of eczema management are avoiding trigger factors and using moisturisers at an early stage to restore barrier function.

The CPD module notes, however, that identifying triggers can be challenging, partly because many children with eczema react to more than one trigger (polysensitisation). Nevertheless, parents and carers should, as far as possible, avoid or minimize exposure to irritants and triggers.

Moisturizers are the first-line therapy during acute flares and as maintenance therapy between exacerbations, even when the skin seems healthy. Moisturisers can be used with other active treatments and can have steroid-sparing effects, which may help alleviate some of the concerns about steroids mentioned previously.

Children with eczema should be offered a choice of unperfumed moisturisers for moisturising, washing and bathing. Children younger than 12 years of age need between 250 g to 500 g of leave-on moisturisers a week. As the CPD module describes, some children may need several moisturisers, such as a cream during the day and an ointment at night. Choosing the right product for each patient may mean trying a variety of products and formulations.

Pharmacists should ensure that parents, carers and, when appropriate, older children know how to use moisturizers correctly.

Other advice in the CPD module includes applying moisturizers regularly to the hands and face and before activities that may irritate the skin as well as ensuring that moisturizers are available at nursery, pre-school or school.

In addition, the CPD module summarizes the content of the written care plan, which all patients should receive. Pharmacists should be ready to refer children when appropriate, such as if the eczema seems ‘atypical’ or does not respond adequately to treatment.