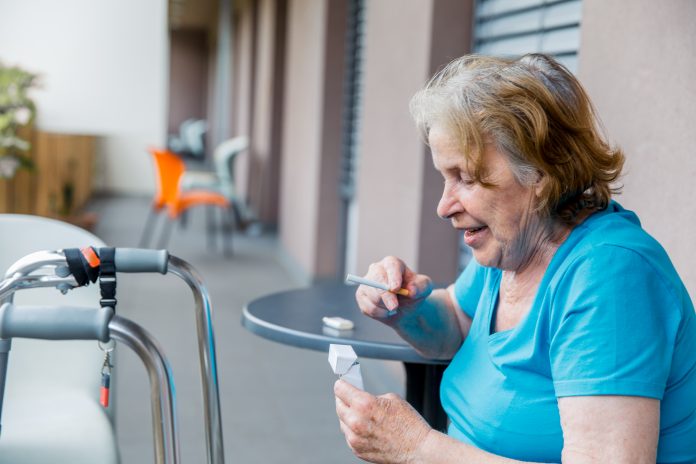 A new research by Landman Economics for Action on Smoking and Health (ASH) has found that due to smoking 1.5 million people need help with everyday tasks like dressing, walking across a room and using the toilet.

This adds up to £1.2 billion each year, equivalent to 8 per cent of the country’s social care budget for home and residential adult care.

“Smoking is the leading cause of premature and preventable death in the country, killing 74,600 people in England in 2019 alone. For every person killed by smoking, at least another 30 are estimated to be living with serious smoking-related disease and disability,” the report said.

Deborah Arnott, chief executive of ASH, said: “This report reveals the shocking extent to which smoking damages the quality of people’s lives, and of those around them, before going on to kill them prematurely. On average smokers need social care at 63, ten years earlier than non-smokers, so if the government truly wants to extend healthy life expectancy by five years by 2035, ending smoking is a priority.

“However, achieving the Smokefree 2030 target won’t be easy and requires investment at a time when the Government has a massive budget deficit. Tobacco manufacturers on the other hand remain extremely profitable and should be made to pay a levy on their sales as they do in the US, to help make smoking obsolete.”

Although smoking costs the NHS more than double this, at £2.5 billion annually this is only 2 per cent of the NHS’s much larger budget.

Cllr Ian Hudspeth, chairman of the Local Government Association’s community wellbeing board, said: “The substantial impact smoking has on council finances and social care costs reinforces the case for urgent investment to reduce smoking and achieve the government’s ambition of a smokefree country by 2030.

“Public health funding has not kept pace with funding for the NHS and this must change if local government is to play a full role in improving the health of the nation.”

If you want to share your stories and/or experiences with us, please send an email to [email protected]harmacy.biz