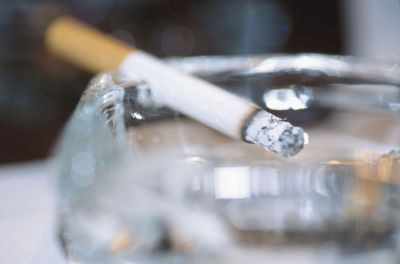 Smoking increases the risk of developing schizophrenia and depression, a report by academics from the University of Bristol published on 20 June claims.

The authors of the report say more research is needed to identify why this is the case and that more evidence is needed to understand its impact on other mental health conditions such as anxiety or bipolar disorder.

The evidence, presented at the Royal College of Psychiatrist’s international congress, has been shared with the government which is currently developing a new Tobacco Control Plan for publication later this year.

Action on Smoking and Health (ASH) said: “Rates of smoking are much higher among people with mental health conditions than those without, and among England’s six million smokers there are an estimated 230k smokers with severe mental illness (e.g., schizophrenia and bi-polar disorder) and 1.6 million with depression and anxiety.”

These analyses are timely as the government is currently considering recommendations by the Khan Review for the forthcoming Tobacco Control Plan to deliver its ‘smokefree 2030’ ambition.

The independent review by Javed Khan was commissioned by the health secretary to help the government to identify the most impactful interventions to reduce the uptake of smoking, and support people to stop smoking, for good.

One of Khan’s 15 recommendations was that action is needed to tackle the issue of smoking and mental health.

Dr Adrian James, President of the Royal College of Psychiatrists, said: “Smoking addiction is not a trivial matter; it causes serious harm to both body and mind. Smokers with mental health conditions can quit with the right support from healthcare professionals. It’s our duty as psychiatrists to offer them the help they need to succeed.”

Joanne Hart, former smoker and recovered from depression, said: “Stopping smoking changed my life for the better, both physically and mentally. It is shocking to learn that smoking could have been one of the reasons for my depression. As a smoker I knew I was damaging my health but when times were tough it was easy to think that it was helping mentally – everyone should know the opposite is true.”

Deborah Arnott, chief executive, ASH, said: “The Khan Review is called ‘Making Smoking Obsolete’ – this cannot be achieved if we ignore the more than a million smokers with mental health conditions. While the NHS has started to roll out support to quit for those with severe mental illness there is little provision for those with common mental health conditions like depression and anxiety – a plan is needed.”