Home news ‘Three quarters of pharmacy contractors to be worse off under new discount... 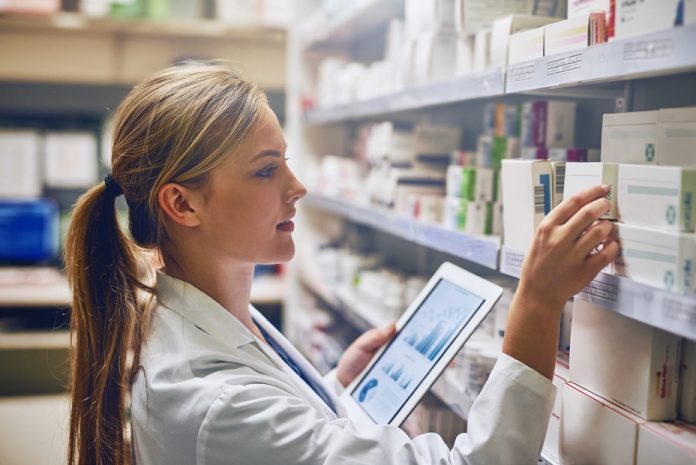 Only a quarter of pharmacies in England will be better off after the new discount deduction to community pharmacy payments is implemented while a whopping 8,200 out of a total of 11,011 pharmacies will be worse off, an estimate from PharmData indicates.

The calculations based on estimates were made after the Pharmaceutical Services Negotiating Committee announced last week that a new discount deduction system has been agreed with the Department of Health and Social Care which will replace the old one from October.

Numbers crunched by PharmData show that the new discount scale will benefit larger dispensing pharmacies with P2U and LloydsDirect being among the top two beneficiaries.

The independent AR Pharmacy took the tenth spot among potential winners while the likely losers list featured the likes of Oxford e-pharmacy and the independent Park Road Pharmacy.

Under the new discount deduction system, the current single scale will be split into three groups: one each for generic medicines, branded medicines, and appliances. Separate fixed deduction rates have been determined for each group.

Giving his immediate reaction, senior pharmacist and contractor Sanjay Patel said the current discount scheme was not “fit for purpose” and that it needed a “total overhaul,” but he wasn’t impressed with the new one either.

“Smaller pharmacies can not achieve the discounts larger multiples can get and this needs to be urgently recognised,” he said, adding: “Vertically integrated companies should also be considered as a different type as they share margins between pharmacy and wholesale operations.”

He said the scheme was disappointing and will be worrying for many independent contractors, especially at a time when prices of generics were fluctuating from one day to the next. “We are currently dispensing generic medicines at a loss.”

Piccard added: “At a time where inflation is in double digit and prices of drugs is fluctuating massively and are uncertain at best, this new discount system will affect smaller pharmacies and certainly independents enormously, with larger dispensing volume pharmacies and vertically integrated chains becoming the main beneficiary of such discount deduction system.”

Patel said such a significant change should not have been decided by the pharmacy negotiator alone and that all pharmacies should have been provided clear data and consulted on before calling for a vote.

Aghast at how it was all calculated, he argued that before coming to a conclusion, the PSNC should have provided data based on the last six months’ payments and their impact at branch level. They should have shared trends, insights and impact.

Piccard also felt as if the calculation was done at a time when drug prices were stable and therefore it would not be adapted to the current generic market.

“As a small group of community pharmacies, we will be negatively affected as we dispense very few branded products and mostly generic medications,” he added.

Patel, however, added that there were “no clear winners or losers” in this.

Dorset contractor Mike Hewitson thought the changes were initiated “to deal with the problem of branded generics,” and said it was it was “perverse that Pharmacy2U will potentially benefit to the tune of millions of pounds a year at the expense of contractors struggling to provide face to face services in the midst of rising costs.”

He said it would take some time to tell whether this is going to sort the vexed issues around branded generics but added that that aren’t affected by branded generics were set would lose out.

‘Changes will lead to a levelling out for all pharmacies’

Responding to questions from Pharmacy Business, Mike Dent, PSNC’s director of pharmacy funding said: “The discount deduction changes have been given very careful consideration by all of the contractors on PSNC and they are designed to deliver a fairer distribution of margin across the community pharmacy sector, regardless of the mix of brands and generics being dispensed in any given pharmacy.

“The changes will lead to a levelling out for all pharmacies, which the committee believes is the right thing to do – the changes will help those contractors who were being disadvantaged by the previous unfair system, while giving those losing benefits from that unfair system some time to adapt.”

Piccard stands his ground and thinks that PSNC’s margin calculation could be a few years old and that “it is flawed now given a volatile generic market”.

“I stand by what I said earlier and believe that, on paper, the vertically integrated pharmacy chains as well as the high dispensing volume pharmacies will be the main beneficiaries of this new scheme.

“As a small group of four pharmacies, my GP margin is not 40 per cent but a lot lot less.”

PSNC told Pharmacy Business that separate mitigations were in place to deal with the current “volatility” in the generics market.

Dent gave an example of price concessions and noted that concessions were specified as being given consideration under the new scale for branded products.

PSNC said it’s always looked “to seek fairer distribution of margin across the community pharmacy sector to that it has have been advocating for a split discount scale for some time.

“This was to make the deductions amongst contractors fairer, by taking into account the dispensing mix of individual contractors. A public consultation on proposals to split the discount deduction scale found the majority (70 per cent) of respondents were also in favour of doing this.”

“Brand discount deduction is reducing to 5 per cent which will help to mitigate longstanding issues around dispensing at a loss for these items. The generic increase to 17.52 per cent is still well below the typical generic margin levels measured in the Margin Survey for independent pharmacies (often over 40 per cent).”

Overall, PSNC said, the changes were calculated so that the same amount of discount will be deducted from the pharmacy sector as before. In order to reduce deduction on brands there has to be an increase on generics to balance that out and keep the changes cost neutral.

PSNC continued: “What the changes mean are that pharmacies who were being disadvantaged by the previous unfair system due to high levels of brand prescribing will be helped, but the corollary of this is that the pharmacies on the other end of the spectrum who were benefitting from the previous system will lose that benefit. This is a levelling out for all pharmacies.

“To protect pharmacies who had been benefiting from the previous system, the changes are being phased in over a long transition time, in order to give those pharmacies time to adapt to their new circumstances. This was felt to be necessary, even though it means the pharmacies who would benefit the most from the change also won’t experience that benefit right away.

“Both PSNC and DHSC undertook an extensive examination of the pharmacy Margins Survey and other data sources in considering these proposals. We found no evidence suggesting a correlation between the size of a pharmacy and the level of margin they obtained, so the fact that larger pharmacies had more deduction applied was another unfair aspect of the old system which is being corrected.

“Comparisons of the impact on different pharmacies needs to be done on a ‘pence per item’ basis – a very large pharmacy may appear to have the biggest impact simply because they dispense many more items, but when comparing their change in terms of pence per item, our analysis showed this not to be significantly different from the majority of normal sized pharmacies.”