Prime Minister Boris Johnson on Friday (July 31) postponed a planned easing of the coronavirus lockdown in England after a rise in infections amplified fears of a second deadly surge in Covid-19 cases.

Just hours after the UK imposed tougher measures on swathes of northern England, Johnson announced that casinos, bowling alleys and skating rinks, due to reopen on Saturday, would remain shut for at least two more weeks.

Wedding receptions would also not be allowed.

“We’re now seeing a warning light on the dashboard,” Johnson told reporters at an online news conference from Downing Street when asked about a second surge.

“Our assessment is that we should now squeeze that brake pedal in order to keep the virus under control.”

UK’s death toll from COVID-19 is over 55,000 when deaths from suspected cases are included, and it has the highest “excess death” rate in Europe.

The abrupt halt to the unwind and the imposition of stricter restrictions on more than 4 million people were the biggest reversal to date in Britain’s path out of lockdown.

“I know that the steps we are taking will be a real blow to many people,” Johnson added. “I am really, really sorry about that but we simply cannot take the risk.”

As the world grapples with a possible second wave, Johnson said the virus was gathering pace in Asia and Latin America while continental Europe was struggling to keep it under control.

The virus, which first emerged in China, has already killed at least 670,000 people and battered the global economy.

The UK also reported 846 new cases on Thursday, the highest daily number in over a month.

UK scientists are no longer confident the reproduction number in England is below 1, the government said on Friday, meaning the epidemic could be growing again.

A separate survey also showed infections were on the rise for the first time since May.

“Evidence from Europe implies that we should take the apparent increase seriously, as acting too late can make lockdowns longer and increase mortality,” said Daniel Lawson, lecturer in statistical science at the University of Bristol.

“The UK is clearly close to the tipping point in which the infection grows … We should be prepared for further rapid action to prevent the infection from getting out of control again.”

“We all know that what we have to try and do is to get to the absolute edge of what we can do in terms of opening up society and the economy without getting to the point where the virus starts to take off again,” he said.

If you want to share your stories and/or experiences with us, please send an email to editor@pharmacy.biz 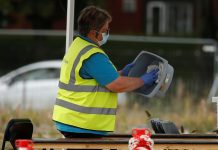 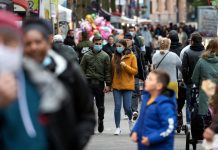 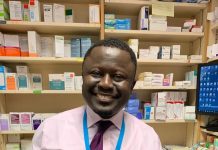 Once a bus driver, now a pharmacist: the truly inspiring story of Israel Marfo