Home Coronavirus Allegations some pharmacists in Scotland may have used technology to secure multiple... 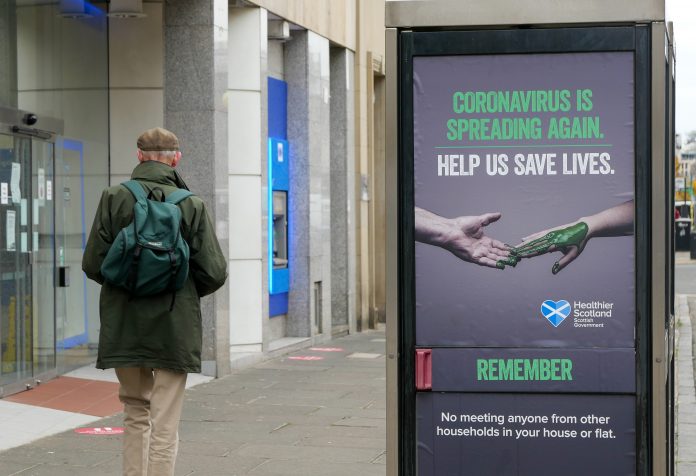 The Pharmacists’ Defence Association has heard allegations that some pharmacists in the UK’s largest health board may have used technology to secure multiple shifts ahead of others.

There have been reports of anomalies in the booking system for Covid-19 vaccination sessions for pharmacists in NHS Greater Glasgow and Clyde area.

The task of vaccinating the entire population of Scotland in a short time frame is difficult and the NHS has recognised it. Consequently, the government has agreed that health boards could supplement their cadre of vaccinators by relying on health professionals who normally work in primary care, such as pharmacists, dentists and optometrists.

The fee that the government decided to pay these additional vaccinators was £231 for a 3.5-hour session. It is not in dispute that these additional healthcare professionals have significantly increased the capacity of the vaccination centres. A letter from the chief executive of Greater Glasgow Health Board (GGHB) has thanked all those who have helped to boost the capacity of the NHS in this vaccination programme.

There is a difference in the payments being made to NHS employees, principally nurses, versus the amount paid to the self-employed health professionals. There are important differences in the way that the nurses as NHS employee’s and the pharmacists and others from primary care will work.

Whilst the self-employed pharmacists will not only have engaged in specific training and endured Hepatitis B vaccinations as would their NHS colleagues; they would have had to have purchased their own specialist Covid-19 vaccination indemnity insurance.

These locum pharmacist would not have been provided with the benefit of NHS holiday pay, maternity or NHS pension benefits. Importantly, they would also have taken the additional risk of not being provided with any NHS sickness leave benefits in the event they fell ill themselves.

These are somewhat different circumstances faced by their NHS employed colleagues. However, while these factors explain why the NHS decided to pay what amounts to a higher hourly rate for each session, there is clearly a public concern as to the scale of the difference in rates.

The PDA says it is extremely concerned by suggestions that there may have been anomalies with public procurement processes for vaccination services managed by the GGCHB.

In this backdrop, suggestions have been made that some pharmacists have used technology to apply to book vaccination sessions after they have been made available by the NHS. Although the precise allegations have not been made public.

Chances are pharmacists working as self-employed individuals will often use technology to book their work for the months ahead as will many of their usual community pharmacy clients and locum agencies.

Furthermore, as healthcare professionals having a long history of providing flu vaccinations to the public in community pharmacies, pharmacists have provided support and training to both the optometrists and the dentists who have joined a vaccination programme for the first time.

“That pharmacists have supported the programme and booked up sessions in the ways described will not have in any way impacted upon the taxpayer. Patients will have had the benefit of having their vaccination centres operated largely at the capacity that the NHS had hoped for.”

Allegations have also been made that some of these pharmacists have swapped their sessions with other pharmacist colleagues who filled them instead.

Although allegations have been made that some individuals may have provided sessions booked for colleagues, it is not yet clear on what basis this occurred as it may be an entirely legitimate process.

The PDA has called for transparency and fairness in public procurement and maintaining the standards of conduct expected of regulated health professionals and welcome a fair, fact-based investigation into the allegations. “The public will expect that any allegations need to be properly investigated and explained,” stated the PDA.

In another incident, a worrying fact has emerged in recent weeks, that the government has announced that “pharmacists are now going to be treated differently to optometrists and dentists.”

The government has clarified that whilst individual optometrists and dentists are still invited to support the vaccination service on the sessional rates that had been set by the NHS, the vaccination sessional rates for pharmacists can only be paid to pharmacy business owners. Furthermore, it is for those business owners to decide who if anyone, they wish to send to undertake the activity.

Even if it happens to be the same, pharmacists that covered the service previously, it is the pharmacy business owners who can then decide how much of the sessional fee they wish to pay them and how much they wish to keep for themselves.

Self-employed pharmacists have been told by the NHS that they can still book to support the vaccination service direct, but if they do so then it has to be either on a voluntary basis for no pay, or for the same rates of pay that the nurses receive, but with all of the inherent costs and risks that they would have to bear themselves and none of the employee benefits such as holiday pay, maternity and pension benefits and sickness protection.

This is not only inexplicable, but it is grossly unfair, said that PDA, adding that when it took the issue up with the government, it was told that this was because of a “historical oversight” where individual optometrists and dentists had been placed onto the NHS performers list but that pharmacists, for some reason, had not.

The chief executive of the GGCHB wrote to the PDA recently explaining: “Pharmacy (owners) are uniquely placed to balance participation in the vaccination programme with ensuring patients have continued access to the essential pharmaceutical care services and their own business needs.”

The PDA is not aware of there being any pharmacist shortages in Scotland and so these explanations do not stand up to scrutiny.

Hoping that the government resolves the issues as soon as possible, PDA concluded: “It is a great shame that pharmacists experienced in delivering vaccinations are being excluded from the programme by unfair treatment by the government and the perceived business needs of the pharmacy owners.”