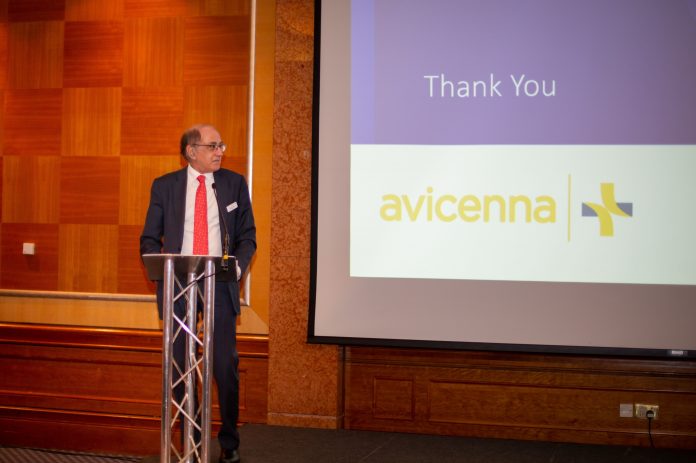 The General Pharmaceutical Council (GPhC) is set to launch a new approach to its routine inspections as it looks to rebalance its resources with the lessons learned from its work during the Covid-19 pandemic.

From May, the regulator looks to pilot a representative sample approach to routine inspections, Claire Bryce-Smith, director of inspection and fitness to practice at the GPhC, told a conference organised by Avicenna in West London on Sunday (March 6).

“What we mean by that is to take a representative sample of the register and we actually want to inspect those pharmacies with a proper statistical model to help us to do that, to give us an indication of how well the actual register is meeting our standards,” she said.

The GPhC plans to publish an insights report – a ‘state of pharmacy’ report – after this exercise, sharing what the community pharmacy is  doing well and on what areas it actually needs to focus on.

“The information that we will get from (the pilot) will inform other programmes of inspection. But what we’re actually trying to do is just balance so it gives us more resources in order to be able to do the themed reviews to actually go out and find really good examples in pharmacy to share with others and use our position to do that,” Bryce-Smith added.

She revealed that the regulator has already started its first themed review on clinical governance in community pharmacy, which would try and gain insights, learning and good practice.

Bryce-Smith also added that they will be increasing the notable practice that they publish on the knowledge hub of their inspection publication site, saying that they are getting good response. The regulator has published 347 examples of notable practice, collected during the pandemic, some which have been signposted by NHS England.

“We want to increasingly be coming out to you for you to share when you’re doing things well rather than just trying to collect them through an inspection. Because what we do know is there is a wealth of fantastic practice and we want to be able to collect some of that and share it for others to learn from,” she said.

“We will be going forward building that better balance between our routine inspections, our intelligence-led (inspections) and our themed reviews to make sure they’re more proportionate, and so that we can be agile to actually make sure that we work with you as you develop services very quickly.”

Discussing the opportunities in the travel medicine, Alex Leung, education and clinical director of Voyager Medical, a PGD-accrediting training provider on travel vaccinations, has asked the pharmacists to look into travel, childhood immunisations and occupational health as a new growth area.

“All the patients come in, they will get the Hepatitis A, typhoid, tetanus, anti malarial, and up the walk out each patient walk over £300-400 of business. So that means if you decide not to set up yellow fever centre that would be not a very good idea,” he said.

Rupen Sedani, superintendent pharmacist at Avicenna, said it’s becoming really difficult to retain and recruit staff over the last few months, and warned that this will have knock on effects on patient safety.

“If we haven’t got enough staff or the right qualified staff to do services, can we provide all the pharmacy services and critical services safely? And also we get customer complaints that we’ve seen that’s been rising as well recently,” he said.

Sedani identified salaries or a lowering wage gap, increased pressure from additional services and a desire for better work life balance as major reasons for people leaving, but he noted that locum rates has become a major issue.

“It’s been very hard in the last few months to find like what I called reasonable rates. We’ve seen rates shoot up, and that has a knock on effect with our existing pharmacists as well, with employees obviously wanting to leave to become locums even for short term,” he said.

Sedani said the prevailing locum rates means they can earn, on average, nearly £20,000 more than a pharmacy manager.

“We’re having locum cancellations on the last minute because there was someone that was always offering the higher rate or they’re holding up for higher rates, so we get cancellations in the morning, etc,” he explained. “The problem here is one you can’t budget for what we like to spend on a week to week basis or on a monthly basis.”

Sedani said losing staff is critical because the experience in a particular pharmacy is not something that can be replaced overnight.

“It’s important to listen to our colleagues. It could be one thing makes a difference to one colleague and enables them to stay,” he added.

Oliver Staunton, co-founder of Pharmdata, has drawn the attention of the pharmacists to the temporary safeguarding payments service, which has relatively less uptake among pharmacies.

Temporary safeguarding payment is a mechanism by which pharmacies can receive compensation when their dispensing business is adversely affected if prescribers systematically increase prescription duration on all or a significant percentage of their prescription items.

“So for example, if one of your patients has already received 28-day script, and then it’s been changed to 56 days or 84 days, that means you’re going to see a drop in items for that patient in future. And there is a payment that you can receive when that happens,” Staunton explained.

He said this doesn’t necessarily affect all pharmacies but each month around 10 per cent of pharmacies may possibly be eligible for a claim under the scheme.