Karen Sirrell is the epitome of what it means to be a pharmacy assistant. She speaks to Priyankur Mandav about how she uses passion and compassion to build a strong bond with her patients…

Just months after taking up her very first job as a pharmacy supervisor, Karen had what she thought was “the biggest test” of her professional life.

A patient who had walked into the pharmacy collapsed right after taking a sip of his medication, leaving everyone around in a state of shock, disbelief and confusion.

“It was a hospital doctor who had come in for some indigestion mixture after feeling unwell. He had only just taken a sip of magnesium trisilicate when he collapsed right in front me.”

Karen gathered herself and tried to give him simple CPR with the help of a policeman who was luckily walking past.

The pharmacy team called an ambulance but as luck would have it, it was the time of the British ambulance strike, between 1989 and 1990, which meant paramedics didn’t arrive until after two hours.

“It was too late. He was long gone by then,” Karen recalled.

She feels that experience has changed her forever, making her tough and “more accepting in her belief that anything can happen”.

Karen thinks she became more resolute and unswerving when it came to her choice of profession – which probably explains why she’s managed to stick around with community pharmacy for over three decades now.

The day after the unfortunate incident, the deceased’s partner called Karen, enquiring about the circumstances in which her husband passed away.

“When someone dies, it can be very hard to know what to say to those who were close to them. When someone is grieving, there isn’t any more you can do than acknowledge what has happened and express your sympathy.

“I realized how much of a difference you can make to ease people’s feelings and that’s why I carried on doing what I was doing and never left the profession.”

Perhaps the realization that ‘anything can happen’ helped her three decades later when a benign lump in her breast led to a cancer diagnosis in 2019.

It was a harrowing experience – Karen however didn’t lose heart and met the misfortune with a stoic resolve when she needed her lymph nodes removed. She underwent six months of chemotherapy and a major surgery followed by three weeks of radiotherapy.

“I was determined to not let it dictate my life as I had to keep hold of the things that I knew and loved.”

Such was her dedication to work that she chose to have her ‘chemo’ sessions on a Friday so she could be back into work on the Monday. She booked her radiotherapy appointments for 6:30pm so she could attend it after she finished for the day.

“There were some days when it was really hard to get up in the morning, but the rest of the team and Day Lewis were fantastic and really looked after me.”

Thankfully, she is winning the battle against cancer and she now feels normal and able to enjoy life to the full. Karen has worked in community pharmacies for 30 years as a dispenser and the past four years as an assistant manager.

“When I am not on the rota to be in my pharmacy, I go and help out in the nearby pharmacy on Saturdays and Sundays.”

She is also constantly on the look-out for people who need “that little extra” help and support. One patient made Karen aware he was considering suicide so she supported by getting him to see the GP and the help he needed.

Another patient had a serious fall but wouldn’t seek help. It was only when her husband phoned Karen and asked her to talk to her that she saw sense and has since been under observations for a heart condition.

Working in a deprived area of Bristol means that different situations arise, so every day is different. No matter what the pressures, Karen always remembers to put patients first.

She would often call in to see people who are unwell on way to work or on her way home. She even phones or goes and checks up on people who the pharmacist has not seen or heard from for a number of days, just to make sure they are ok.

Karen works 50-odd hours and six days a week because she cares about what she does.

“I am not in the job for money. I enjoy my work and it keeps me going. Luckily I have a family who are very helpful and supportive. I spend more time at work than I do at home.”

1. Understanding and empathetic with good listening skills.
2. Able to remain calm and resilient in stressful situations.
3. Able to work well alongside others to provide outstanding care for our patients.
4. Always willing to adapt and learn.
5. Prepared for fun, laughter, new opportunities and being part of a team which soon becomes like one big family.

Pharmacy Business Pharmacy Assistant of the Year Award 2021 was sponsored by Reckitt. 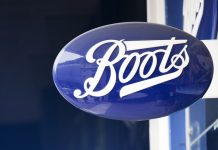 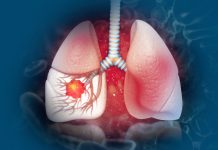