Home news Children aged 1 to 9 in London to be offered polio vaccine... 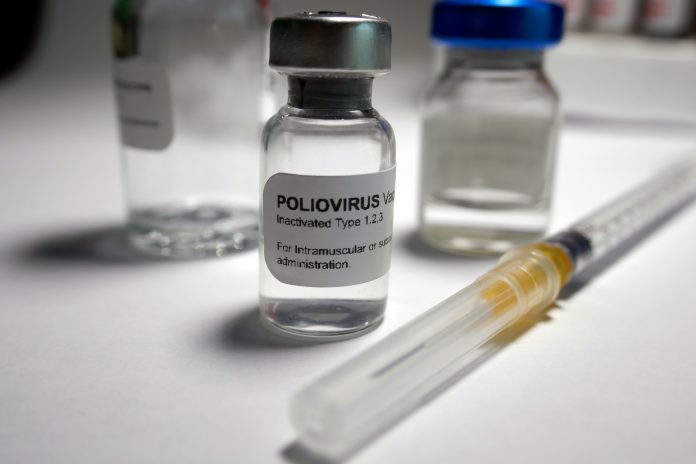 A polio vaccine booster campaign is being launched for almost a million children in London aged between 1 and 9 after confirmation that poliovirus is spreading in the capital for the first time since the 1980s.

The UK Health Security Agency has identified 116 polioviruses from 19 sewage samples this year in London, after first sending an alert about finding the virus in June. The levels of poliovirus found and genetic diversity indicated that transmission was taking place in a number of London boroughs, the agency said on Wednesday (Aug 10).

Health secretary Steve Barclay said: “I recognise parents and guardians will be concerned about the detection of polio in London, however I want to reassure people that nobody has been diagnosed with the virus and the risk to the wider population is low…

“Vaccines offer the best defence to children, and those around them, so I would encourage families to ensure they are up to date with their routine jabs, and to come forward for the polio booster as soon as they are contacted by the NHS.”

No cases have yet been identified but, in a bid to get ahead of a potential outbreak, GPs will now invite children aged 1-9 for booster vaccines, alongside a wider catch-up campaign already announced. Immunization rates across London vary, but are on average below the 95 per cent coverage rate the World Health Organization suggests is needed to keep polio under control.

Dr Vanessa Saliba, consultant epidemiologist at UKHSA, said: “No cases of polio have been reported and for the majority of the population, who are fully vaccinated, the risk is low. But we know the areas in London where the poliovirus is being transmitted have some of the lowest vaccination rates. This is why the virus is spreading in these communities and puts those residents not fully vaccinated at greater risk.

“Polio is a serious infection that can cause paralysis but nationally the overall risk is considered low because most people are protected by vaccination. The last case of polio in the UK was in 1984, but decades ago before we introduced the polio vaccination programme around 8,000 people would develop paralysis every year.”

The UKHSA, along with the MHRA, has already increased sewage surveillance to assess the extent of spread of the virus and is currently sampling eight boroughs across London.

A further 15 sites in London will start sewage sampling in mid-August, with another 10-15 sites will be stood up nationally to determine if poliovirus is spreading outside the capital.