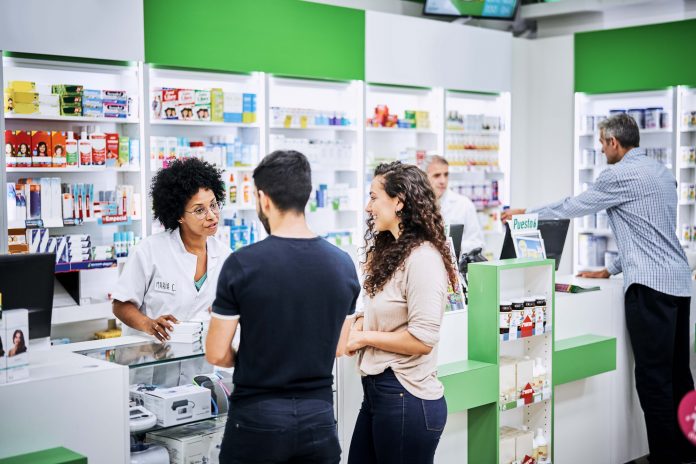 Almost 89 per cent — of those who chose to participate in the ballot — voted ‘yes’ to a single question which essentially asked if they accepted or rejected the RSG proposals.

Out of 11,132 eligible contractors in England, a total of 7,601 decided to vote, narrowly meeting the two-thirds majority required for a valid voting process, which was overseen by Civica Election Services who acted as the independent scrutineer and adjudicator.

‘Reforms are a good start’

Commenting on the outcome, independent contractor Mike Hewitson, who’s also a member of the RSG, said: “This has been a very challenging project to be a part of, and I am really pleased that the sector has reached a strong consensus on the need and shape of change.

“While I recognise that these reforms won’t please everyone, they are a good start. There are plenty of opportunities for contractors of all sizes to influence the next steps.

“I urge the sector to come together to make a success of these reforms so that we can better demonstrate our value to the NHS at local and national level.”

The positive outcome of the vote will paved the way for a new direction for the future of local and national community pharmacy contractor representation and support.

In a statement released on Wednesday (June 22) the RSG said it would now invite the Pharmaceutical Services Negotiating Committee (PSNC) and Local Pharmaceutical Committees (LPCs) to respond to contractors’ unequivocal statement of support to the proposed changes.

“It will be for contractors to collectively hold LPCs and PSNC to account as they shape the changes, and for contractors to decide on what happens in the future – the RSG has suggested a review of progress in two years, and once again, contractors will need to lead that process.”

Thanking all contractors who spared the time to engage in the process, the RSG said despite “differences in opinion between various parts of the sector” the result of the vote showed that the sector was united in the way forward.

“We now look to PSNC and the LPCs to start making those changes – talking and listening to all contractors as they do. Whilst we understand that not everything will be possible to implement overnight, this is important work, and contractors will need to be assured that it will happen in good time, and that this is just the beginning of a process of ongoing improvement and review.

“In the long term, we hope our work will have contributed to helping the sector to come together to tackle the very great challenge of persuading the NHS and Government that we are a united, forward-looking sector, with much to offer, and deserving of further investment and support.”

In a statement, the PSNC said that it would consider the outcome of vote and its next steps, including addressing questions about the proposals and what happens next during a meeting in July.

Chief executive Janet Morrison said: “Contractors have told us they want community pharmacy to be a forward-looking, constructive and collaborative sector.

“These changes should help us achieve this: I’m so pleased that the vast majority of contractors agree. I know that PSNC is committed to improving contractor support and representation, and we are looking forward to discussing this in more detail at our upcoming meetings in early July and in September.

“By the autumn, I want to share with the sector our action plan and progress to date.”

Shilpa Shah, chief executive of the North East London LPC, who was on the initial steering group with Professor David Wright back in Dec 2019, said it was great to finally have an outcome for the review.

“It’s important that we recognise that this is the change that our contractors want and have voted for and we need to ensure that we support their wishes by doing what’s right even if it doesn’t always feel easy,” she added.

Superintendent pharmacist and owner of Bedminster Pharmacy in Bristol Ade Williams said: “The unanimity of the mandate for change is a welcome signal of consensus. It bodes well for a journey that takes account of everyone’s interests and builds a more sustainable funding model for community pharmacy in England.”

Sadik Al-Hassan, superintendent at Pilltime, said: “It feels like we have waited a very long time for this moment to see the start of change. It is now another wait to see what will be the plan for change and perhaps most importantly, the timescale. I think this plan comes with a great deal of hope that a higher capacity negotiator will deliver for pharmacy but only time will tell.”

Commenting on the result of the vote, National Pharmacy Association chief executive Mark Lyonette called on PSNC and LPCs to prioritise a process of governance reform to improve representation at national and local level.

“It makes sense to us that the proposals for increased accountability and transparency are prioritised for immediate action. That would mean that implementation of the other proposed changes would then be subject to better scrutiny…

“We want the reforms to proceed at pace so that contractors don’t have the frustration of watching pharmacy leaders look inwards for years more, when there’s an urgent need to engage NHS, government and patients instead. We need to move on from talking about RSG to talking about ICS and CPCF!

“At the NPA we will continue to play our part by listening to our members’ concerns during the implementation phase and helping them to hold PSNC to account. We’ll also continue to support LPCs engaging with local commissioners, especially given the new landscape of statutory integrated care systems.”

Malcolm Harrison, chief executive of the Company Chemists’ Association, said that the vote was a mandate for change.

“The CCA welcomes the unequivocal endorsement that contractors have given the RSG proposals with this result. We thank the RSG for their hard work throughout to establish proposals that have consensus from across the sector.

“The CCA, alongside others, encouraged contractors to engage fully in this process, therefore we are very pleased to see that voter turnout was over the two-thirds target set by the RSG.

“Overall, we think this result provides a strong mandate for change to deliver better outcomes for the entire sector. It’s now for PSNC and LPCs to work together to deliver the changes needed for stronger governance, improved representation, and better value for money for contractors. We look forward to supporting LPCs and PSNC as they embark on the next phase of this process.”

The RSG was set up as a group of contractors in November 2020, following discussions between PSNC and the LPCs on how the findings of the independent Wright Review into both organisations should be taken forward.

Its remit was to explore the issues in the Wright Review and talk to and engage with the wider sector to propose a way forward.