The app was supposed to be the linchpin in prime minister Boris Johnson’s plan for a “world beating” Covid-19 test-and-trace system that would control local flare-ups of the virus and allow the economy to reopen.

But it has been dogged by problems.

An earlier version developed by the National Health Service missed its May target, and in June the government abandoned the centralised technology it was pursuing in favour of a decentralised system developed by Apple and Google.

The revamped app will be trialled on the Isle of Wight off southern England, where a previous version was also tested, and by health workers before being rolled out in the east London borough of Newham to assess how it works at scale.

A national launch date has not been set.

The government said it was confident the new app would detect when a user had been in close proximity to somebody who had tested positive, with seven-out-of-10 contacts within two metres correctly notified.

“We’ve worked with tech companies, international partners, privacy and medical experts to develop an app that is simple to use, secure and will help keep the country safe,” Health Secretary Matt Hancock said.

The app records the duration and distance of contacts – for example on a bus – using bluetooth technology and alerts a user if one of their contacts later tests positive for Covid-19. All users remain anonymous and the health ministry stressed that “it tracks the virus, not people”.

The government said the app would complement the human test-and-trace programme that has been running since May.

On Monday (August 10), the government said the tracing scheme would become more locally targeted, with a reduction in the number of national-level contact tracers. 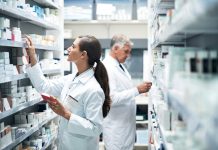