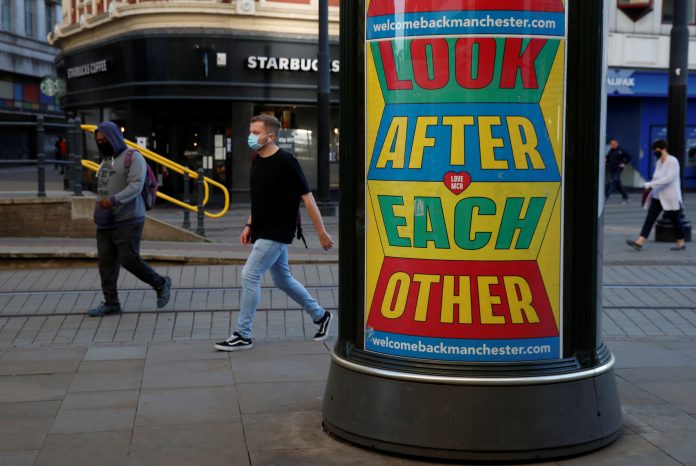 Government has imposed a tougher lockdown in swathes of northern England after a rise in the rate of novel coronavirus transmission, raising concerns that a second wave of the deadly virus could sow yet more turmoil.

Meanwhile, UK reported its highest number of new Covid-19 infections in more than a month on Thursday (July 30), as ministers fretted about a second wave of cases in Europe and warned more quarantine restrictions were possible.

Around 4 million people were ordered not to mix with other households in Greater Manchester, the biggest city in northern England, parts of West Yorkshire and East Lancashire, though they can still go to the pub and to work.

“The problem with this virus is that it thrives on the social contact which makes life worth living,” Health Secretary Matt Hancock told Sky. “I totally understand the human impact of this but unfortunately that is how the virus passes on.”

“We can see that second wave in Europe,” Hancock said.

Asked by the BBC if the UK was now entering a second wave, Hancock said: “It is not yet and we are absolutely determined to take the action that is needed.”

The measures were introduced hastily at the start of the annual Muslim Eid al-Adha “feast of sacrifice”.

But people are allowed to attend a pub, church or mosque with members of their own household. Those breaking the rules will face a fine of 100 pounds.