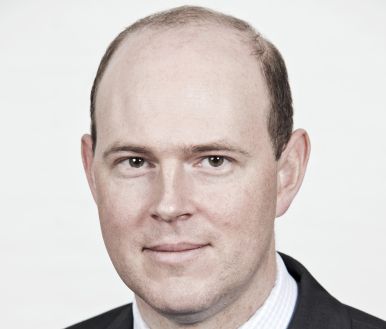 The National Pharmacy Association (NPA) has been leading the sector-wide debate on hub and spoke for the best part of a decade, voicing concerns about the potential implications for our members – and, in turn, the public – of this proposed dispensing model. But, at the same time, we have been open-minded and keen to search out whether there are opportunities here for our members.

We have always been sceptical about some of the claims that have been made about the potential benefits. We see little evidence that even the large integrated companies have been able to make a real success of hub and spoke thus far.

Ensuring that independents, who are already struggling to survive, will be able to compete on a level playing field with the larger companies has always been at the forefront of our minds.

But this agenda is here to stay, which is why the NPA has continued to engage in discussions about making hub and spoke work for independents.

Future developments need to be based on facts, not dogma, which is why the NPA has conducted thorough research, looking at the national situation and international comparisons, and so far we have published three substantial reports.

One key area of concern for us has always been the competition implications of hub and spoke and the risk of unintended consequences such as price rises and poor service by hubs.

In 2018, we first wrote to watchdog the Competition and Markets Authority (CMA) about this matter. Then, we told the CMA our view that hub and spoke risked increasing the cost of medicines for the taxpayer and could restrict patient choice of community pharmacy. We were invited for a meeting with the CMA where we were able to discuss our concerns in more detail.

Last year we again called on the CMA to look into hub and spoke. This followed the Medicines and Medical Devices Act becoming law in February 2021. This piece of legislation paved the way for regulations to legalise ‘inter-company’ hub and spoke dispensing.

Our argument was that there needed to be a dynamic and competitive market in which hubs compete on the basis of quality of service and price for the custom of pharmacies that want to operate this model.

Earlier this year saw the launch of the Department of Health and Social Care’s consultation on inter-company hub and spoke dispensing. As competition and market matters do not fall under the remit of the DHSC, we strongly recommended to them that they formally consult with the CMA and seek a market review before and after implementation of the hub and spoke policy.

We again wrote to the CMA, this time listing five potential unintended consequences of the model:

We explained to the CMA that it is highly likely that only a few companies in the market would be able to provide fully comprehensive external hub dispensing services to pharmacies.

There are various factors behind this, such as the current restrictive wholesaler distribution arrangements and the significant capital investment and ongoing costs of setting up and operating a dispensing hub.

We also pointed out that the flat funding settlement for community pharmacy in England is linked to the theoretical efficiencies that could be made through the hub and spoke dispensing model.

We told the CMA we do not believe there is evidence to support the government’s claims that enabling hub and spoke dispensing across legal entities will improve efficiency.

Indeed, the government’s own official impact assessment, which accompanied the launch of the consultation, revealed the limited extent of savings that may be possible under the model.

It suggested that the total savings to the sector’s operational cost will be £1m by 2024. This compares with well over a billion pounds being withheld from community pharmacy in England from 2019 to 2024 due to flat funding – this was supposedly justified in part by efficiencies from hub and spoke.

The promise was made that independents would have the same opportunity as large multiples to secure the benefits of outsourcing elements of dispensing to a hub. This was clearly not true and prompted us to call for an immediate re-think on pharmacy funding.

We asked the CMA to form a preliminary view during the consultation process – not later when the genie would be out of the bottle.

Earlier this month, the CMA gave its response to the hub and spoke consultation. We were heartened to see that the CMA has clearly recognised the concerns we had voiced to them about the potential competition risks from hub and spoke dispensing. The CMA’s call on government to put in place new regulatory levers to reduce those risks is something we support.

The NPA has already suggested a multi-pronged approach, including removing direct to pharmacy and limited wholesaler schemes so that any registered provider meeting standards can operate in this market.

Switching hub provider must also be made as easy as possible for independent community pharmacies. A spoke/hub relationship will be critical to the effective operation of a pharmacy, and we should not have a situation where a spoke is tied in long-term to a poorly performing hub.

Prevention is better than cure, as every pharmacist knows. That is why we are pleased to see the CMA is in favour of close monitoring of the market from the start, to enable early intervention on reduced competition.

We will continue to work with the CMA. Having already put in so much hard work and research on this issue over a prolonged period of time, the NPA is committed to supporting its members to exploit any opportunities that may arise out of the changes to hub and spoke legislation.

We promise our members that we will remain at the forefront of thinking, debate and research on this issue to ensure they are not left behind. 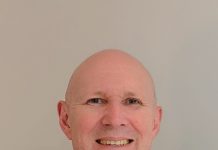 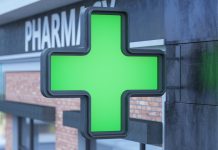