E-cigarette use has been increasing with around 3.6 million adults across the country using vaping products, an anti-tobacco charity reveals.

An annual survey, carried out for Action on Smoking and Health (ASH) charity by YouGov and published last week, finds more than 54 per cent current vapers are ex-smokers, and the proportion has increased year over year.

The survey shows that about nine out of ten, 88.5 per cent, ex-smokers currently use e-cigarettes, while only 0.8 per cent ‘never smokers’ are current vapers.

Around 31 per cent ex-smokers believe e-cigarette use could help them to quit, while 20 per cent use e-cigarettes to prevent going back to smoking.

“Although e-cigarettes are now the most popular quitting aid, our survey finds that in 2019 over a third of smokers have still never tried vaping,” said Deborah Arnott, Chief Executive of ASH.

“As Stoptober kicks off we’d encourage smokers who haven’t done so yet, to give vaping a try. E-cigarettes have be shown to be a very effective aid for smokers trying to quit, either on their own or with help from stop smoking services.”

According to the Office for National Statistics’ cigarette use data, nearly 7.2 million people in the UK smoked cigarettes in 2018. The number was 7.4 million in the previous year.

“It is essential, however, to only use legal vapes bought from reputable suppliers in the UK and not source illicit unregulated products over the internet,” Arnott added. 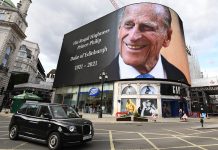 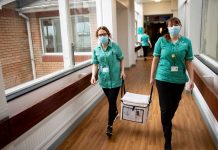