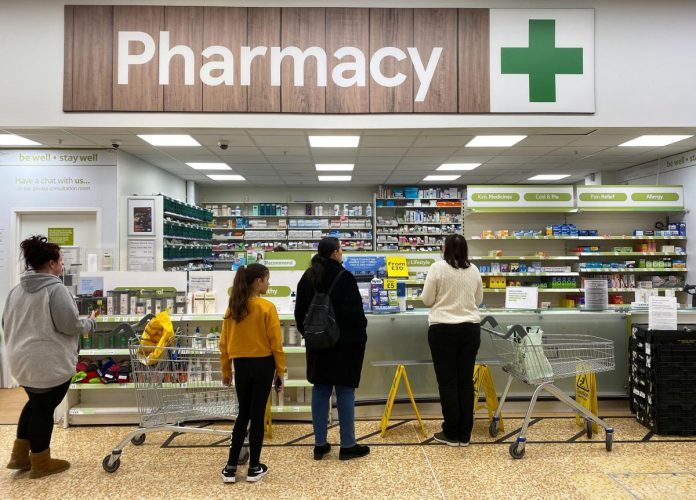 The Pharmaceutical Services Negotiating Committee (PSNC) has expressed disappointment as the government continued to refuse to “a much-needed broader funding uplift” for the community pharmacies in England.

This follows conclusion of the first Annual Review of the progress of the five-year Community Pharmacy Contractual Framework (CPCF) deal by PSNC, the Department of Health and Social Care (DHSC) and NHS England & NHS Improvement (NHSE&I).

“We remain deeply frustrated by government’s refusal to agree a much-needed broader funding uplift for the sector, but we are determined to continue to look for better ways forward for the sector throughout 2022 and beyond,” said Bharat Patel, PSNC vice-chair, negotiating team member and an independent contractor.

Patel noted that despite some important wins such as recognition of key challenges faced by pharmacies, the commitment to consider these as part of our Year 4 negotiations, and agreement to take forward work on service fee and other regulatory changes, the PSNC is disappointed that the review did not lead to “immediate and tangible outcomes and improvements for contractors.”

The negotiator had put forward data and analysis showing the capacity and cost constraints faced by pharmacies.

“PSNC is now working to build on the outputs of the review in the upcoming Year 4 negotiations: we will be gathering and analysing more data to support our discussions, as well as continuing to highlight the pressures on the sector, and exploring ways to bid again for additional funding over the course of this year.”

She added that PSNC has clearly stated “the immense pressures the sector is facing”, which is important ahead of “another critical round of discussions for the sector, with many contractors simply unable to take on any further services without additional funding, support and access to the right staff.”

Reacting to the review outcome, the National Pharmacy Association chief executive Mark Lyonette said: “It appears this annual contract review has rubber-stamped another year of cuts for pharmacies across England.

“This is an insult to pharmacy teams, who have worked relentlessly hard to help keep the country on its feet during the Covid pandemic.”

He added that high costs, increased public demand for pharmacy support have increased pressures and demotivated many staff.

“Instead of moving forwards into new clinical roles, which the NHS and DHSC say they want, pharmacies could now slip back, focus narrowly on dispensing and reduce access to care – the very opposite of the aspirations stated in the NHS Plan.

“Governments, NHS and negotiators elsewhere in the UK are working to agreed visions and decently funded strategies. England should follow suit and jettison the nonsense that great services can be provided on a shorter and shorter shoestring.”

Meanwhile, PSNC stated that all parties have agreed to: